Apple, Google, Roku To Slug It Out In A Growing Streaming Video MarketPosted by Admin34On August 25, 2013 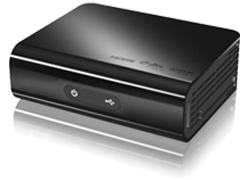 Streaming video market is growing at an exponential rate with a projection estimating nearly 300 million households using streaming devices within the next 5 years. Sounds mouth watering for companies like Netflix and Roku, right?

Even if satellite companies are not really rejoicing at this news, it is certainly a very good prospect for companies that are marketing devices that stream videos. These are the companies that provide the so called crème de la crème content to the people. The din surrounding the launch of Chromecast has not died down yet and if the report from Parks Associates is any indication, the time of video streaming in homes is just round the corner.

In the last 2 years, the number of households having access to a streaming device that connects to TV has increased 2 times. Homes having such device hover around 15% but according to a projection made by Parks Associates, there will be around 300 million households by 2017 having such devices. The company also projects a shift in TV buying behavior with more and more people gravitating towards large screen HDTV’s and Smart TV’s. But these expensive TV’s cannot be changed every year given their prices. This is where video streaming devices will come handy as they will provide a cheap alternative to the requirements of an upgrade.

The company surveyed more than 10000 people and the majority of the households owning set top boxes opted for Roku. Roku (37%) outscores Apple TV (24%) as Roku has been coming up with its new models (Roku 3 is now available) whereas Apple has been very slow in comparison with its TV. Most people feel that Google with its Chromecast can be a major player in streaming video market because of its simplicity and efficiency. Though Chromecast works on a simple principle, it has become very popular in a short time period.

Another reason why streaming video is becoming popular is because of the availability of fast speed broadband across the country. This helps video streaming devices to produce perfect videos as ISP’s fight with each other to provide faster speeds at surprisingly low prices. It is certain that more and more households will have high speed internet in a time not too far away. This will help companies making low cost streaming devices as they will be able to broadcast sharp and clear media content.

But the growth and popularity of Chromecast is only incidental with dongles and set top boxes becoming popular across the country in recent years. Dongles have also become very cheap in recent times which could be a worrying factor for the satellite companies.

How To Improve Self-Confidence?

How To Maintain Business Email Access Through Mobile Devices

What To Expect In Quality HP Product Services