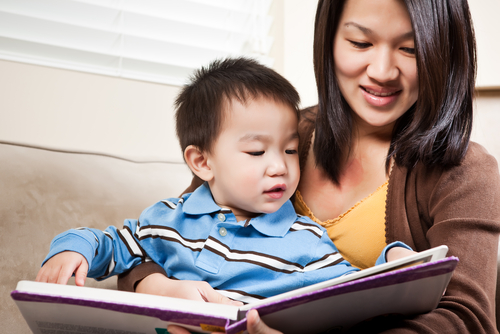 Speech and language development is something that differs quite significantly from one child to the next. From the speed at which a child develops strong communication skills to how quickly they develop certain competences and right through to their own confidence in their speech and language skills, every child across the board develops differently. Which is precisely why it can be somewhat challenging to know how to accurately identify when and where any given child may be encountering a developmental issue. What appears to be a problem in some instances may be nothing more than a minor developmental hiccup, while in other instances what may be overlooked as something inconsequential may benefit from professional attention.

According to speech therapists in the United Kingdom, one of the most commonly encountered childhood speech development issues is that of the stammer. Contrary to popular belief, childhood stammers manifest in a wide variety of ways and are not always as easily identifiable as expected. In the vast majority of instances, what is suspected to be a stammer turns out to be nothing more than a standard part of the respective child’s developmental process. But at the same time, when and where a stammer is indeed present, it is of crucial importance to have the matter addressed as early as possible.

As such, it is a good idea for parents to know exactly what to do and when.

In terms of actually identifying a stammer, it often tends to be considerably more difficult than most parents expect as almost every instance of a stammer presents quite different signs and symptoms. What appears to be a stammer often turns out to be nothing of the sort, just as other speech and language developmental issues that don’t appear to be stammers turn out to be exactly that.

In terms of the kinds of characteristic signs that should be looked out for, largely any evidence that the child is consistently or regularly struggling to say the words they are trying to say should be investigated at the earliest possible stage. Likewise, it is also extremely common for the effects of a stammer to trigger feelings of extreme frustration, embarrassment, upset and anger in children – all due to the fact that they cannot say what they want to say. As such, apparent reluctance to speak or any signs of anger or embarrassment to do with their speech should also be investigated.

When To Seek Help

The most important rule of thumb to follow when it comes to seeking help with speech and language development problems is that there is in fact no such thing as a time too early. In the vast majority of instances, consultations and investigations will determine that there is in fact nothing seriously wrong with the child’s speech and language development and that it is simply a stage in their developmental process that will be overcome. In the comparatively rare instances where genuine problems are detected, however, the earlier they are addressed, the higher the likelihood of a successful outcome. As such, even if there’s only 1% of doubt in your mind, it still makes sense to have it checked out, just to be sure.

When a child is suffering from any kind of speech and language development problem whatsoever, it is of absolutely critical importance to ensure that the subject is not one of any kind of embarrassment or taboo. The simple fact of the matter is that when a child is struggling with a stammer, it will be entirely natural for them to want to avoid speaking as much as possible so as to avoid embarrassment and frustration. Needless to say, however, this will do nothing but slow down the progress of their treatment. Instead, it is important to encourage them to speak as openly and competently as possible at all times, ensuring that they are made aware of the fact that the stammer is nothing to be embarrassed or afraid of.

Last up, it’s important for the sake of motivation (both parental and for the child) to acknowledge the fact that it is actually very rare for stammers that occur during childhood not to be effectively treated and almost entirely eliminated. Once again, it tends to be the usual case of identifying the problem as early as possible in order to nip it in the bud, rather than allowing it to get any worse than it already is. Children are incredibly resilient and have a tendency to battle these kinds of problems much more successfully than adults.  With the help of the most capable professionals, there is every likelihood of a 100% successful outcome.

Ace the Tests with Best Tools