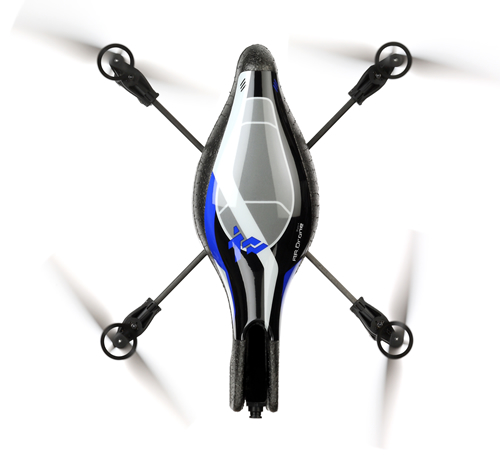 Using this Parrot AR Drone Helicopter is really fun wherein you will be able to control this device for a compatible Apple device especially for changing directions. Navigating this device is truly breathtaking especially when it comes to taking video images. One of the truly amazing features of this Parrot AR Drone Helicopter is on how it could be steered around. It came to be the very first gadget that has been made that can be controlled with full fledged devices just like iPad, iPhone and even iPod touch that use wireless connectivity. The device really works in a very simple way by just tilting the apple controller when it comes to directional change.

This can only be possible if the user of this device is going to install an AR free flight application and the controller should be on an airplane mode. There are several numbers of sensors that can be located below the central hull that helps to assist in terms of steering the device for its motion management. The mini Inertial Measurement Unit System can work perfectly in tandem with camera that is on high speed that is located under the machine. Inertial measurements provide in flight stabilization that is using roll movements, pitch and yaw just like those vessels under the sea.

This is known to contribute greatly when it comes to the functions for tilting movements that works perfectly with a wireless network operation. With those built-in technologies that help in steering this Parrot AR Drone helicopter for different movements and user can also control it effectively even if it bumps into some foreign bodies. This is truly one of revolutionary machines that have ever been made in the field of remote controlled aircraft. This device uses two cameras, four rotors and the remote user interface wherein it happens through a WiFi network. The user could still steer this gadget even out of sight which makes this truly standout compared to such aircrafts. The first camera in this device is located at the front which is 93 degrees in wide and has a capacity of recording videos up to 15 fps rate.

The images that this Parrot AR Drone helicopter captures are sent through a WiFi connection and images are usually sent by the first camera. Images are captures in real time that’s why the pilot where able to steer this device even if it’s already out of sight. All images it can capture is viewed with a VGA resolution just like iPhone touchscreen. This is truly a toy for big boys because this has enhanced features like those of an aircraft and you will be amazed once you were able to steer this gadget easily.

How to Personalize Your Windows 7 Taskbar

How To Handle A Bachelor Party In Vegas