Why Medical Robots Could Change The Healthcare Industry ForeverPosted by EditorOn April 22, 2016 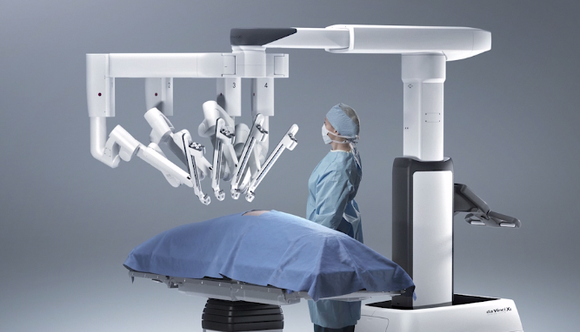 Robotics continues to make great waves in the world of technology, as scientists strive to make them faster, stronger, more responsive and more human like than ever before. Robots are used right across the globe in virtually every business sector, but one area in which they are literally saving the lives of their human counterparts is the healthcare industry.

Robots have been widely used in the industrial production of medicines and medical equipment to perform menial, repetitive tasks that are time consuming. However, as robots become increasingly more complex, more dextrous and ultimately more intelligent, they are being used to replace humans in far more complicated activities, including the diagnosis and treatment of patients in a medical establishment.

So could we soon see robots making up the shortfall in our NHS staff shortage? Shockingly, this is far more possible than you may think. The very latest artificial intelligence developments have seen the creation of surgical robots who can perform non-invasive procedures through to mobile laboratory machines that can diagnose medical conditions. Then of course there are the menial robots who can carry out the duties of a healthcare assistant such as cleaning, manage infection control, distributing medication, check blood pressure and more.

The use of robots may have been shied away from in the past, particularly in a medical setting based on the possible risk of injury to a patient or professional when operated. However, this is set to be a thing of the past thanks to one of the biggest advancements in robotic technology; the consequence engine.

The consequence engine is the very latest software which enables a robot to detect human presence and actively prevent them from coming to any harm. The mastermind behind the remarkable consequence engine, Professor Alan Winfield. Based at the University of West England’s Robotics Lab, Professor Winfield and his team research cognitive, or ‘thinking’ robots and recent trials have proved incredibly successful. The trials involved Winfield’s consequence engine enabled robots navigating a hole in the ground and then being able to prevent a human from falling into the same hole. Upon avoiding the obstacle, the robots immediately detected a human presence and after quickly ascertaining the direction in which the human was travelling, the robot was able to intercept to prevent them from falling into the hole.

There is a great deal of further research that needs to take place before the engine enabled bots are unleashed on the British public, yet the development of cognitive robots that could predict and prevent harm to a human is a huge win for the healthcare industry. Of course, no robot is designed to harm a human, but few have been successfully created to actively protect them, and particularly in such a public setting. The idea that robots serving as medical aids could detect, prevent and act to save a patient who is in danger of falling or whose vital statistics are deteriorating could potentially change the healthcare industry forever. We are already all too aware of the lack of doctors, nurses and midwives in hospitals right across the country, and so it is not unreasonable to consider that robots could provide some much needed support to bolster our overstretched NHS in the very near future.

Importance of back links and ways to create back links

The Benefits Of The Public Cloud In Enterprise

Innovation for Kids, Why and How