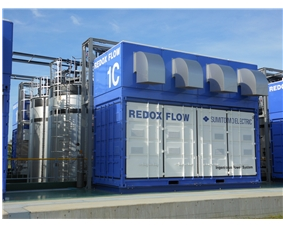 Solar and wind power are the most emerging green energy or renewable means all around the world. They are being welcomed whole-heartedly in the scientific industry to establish a low-carbon society. In the coming times, a rapid increase in the power utilization is expected. The upcoming power systems of the world will require these renewable energy sources. However, the use of powerful energy storage devices and technologies is crucial for this.

There has been a huge deployment of solar and wind renewable energy sources, but intermittency issue has always been a hurdle. When the sun shines or when the wind blows, power is plentiful. However, weather changes are natural and cannot be controlled. For example, there will be insufficient power on a hot, calm summer night. These sources pose to fluctuation in output and are unpredictable and intermittent. High voltage, frequency fluctuations, and excess of generated power are some of the problems encountered if solar and wind resources are used in large numbers in power systems. This leads to limiting the degree to which utilities can rely upon them.

Redox flow batteries have contributed greatly toward the promotion of green-energy solutions because of their rechargeable behavior. Traditional batteries are considered hazardous waste. Most of them cannot be recharged and their disposal is dangerous for the environment. They contain heavy metals and corrosive chemicals, which present disposal problems, especially landfills. In many countries, there is a law that the stores selling batteries are required to accept old batteries for recycling.

“Batteries store electrical energy in chemical compounds, the liquid electrolytes. The electrolytes are charged and discharged in small reaction chambers.”

Redox flow batteries (RFBs) ensure a constant supply of renewable energy by offering a practical procedure to balance out fluctuations in the availability. It is considered to be a breakthrough in battery technology, storing energy from intermittent renewables in an efficient manner for later use. The stack power provided by a redox flow battery is around 25 kW, which is eight times faster than the systems available on the market that are capable of generating only 2.3 kW of power. Redox ﬂow batteries provide a significant increase in capability and have revived battery technology by storing large amounts of electrical energy in a relatively cheap and efﬁcient manner. These batteries use liquid electrolytes to store electrical energy, which are actually chemical compounds. The charging and discharging of the electrolytes take place in small reaction chambers. Several of these cells are lined up in stacks.

In order to understand the science behind redox flow batteries, we should first know why they have been named ‘redox.’ The word ‘redox’ has been derived from two words: reduction and oxidation. These two processes are carried out in a redox battery system between two active materials. The energy is stored in electrolyte solutions containing these active materials and separated by an ion exchange membrane. The heart of the battery is the stack. The charging and discharging of the electrolytes take place in the stack, which is considered the most important unit of power generation of the battery. These stacks are a combination of many individual series-connected cells. This arrangement is done to increase the output voltage and the power of the battery. The ionic solution is fed into the cell in order to generate electricity with the help of pumps or other means.

The electrolyte is stored in tanks, separate from the cell stack. Electrical connectors, pumps and pipes, are used to circulate the electrolyte from the tanks to the cells. This offers an advantage of increasing the capacity and power of the storage system by adding more solution and adjusting it according to the requirement of the application. This is a benefit of redox flow batteries over traditional batteries. Moreover, these tanks can be built underground to save land space and provide safety by avoiding instantaneous energy release caused by the mixing of electrolytes. The tanks are cost-effective and provide large storage capacities with economic advantages. The power section (cells) and capacity section (tanks) are independent of each other and can be individually adjusted to the application. 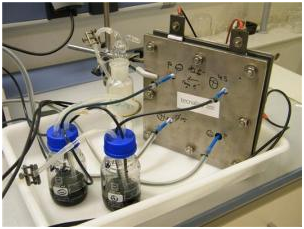 Redox flow batteries absorb intermittent, irregular output fluctuations that occur in natural energy generation. This is because of the fact that RFBs can offer instantaneous response in an order of milliseconds resulting in charging and discharging at an output rate a few times larger than the designed rating for a short period of time.

Learn What Is The Importance and Need Of Software Testing

What Are Windows 8 Charms?

The Importance Of Tax Knowledge

Get The Most Out Of Stock Photography