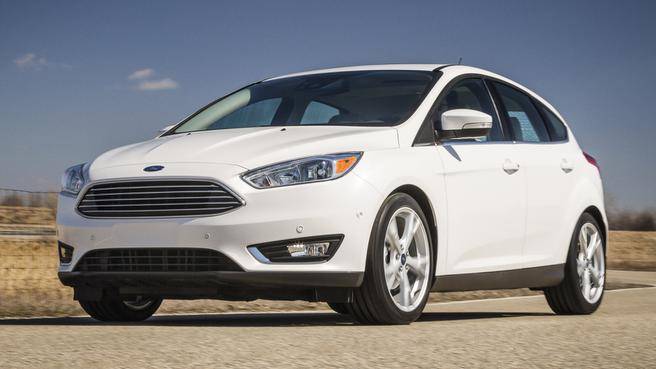 The climate is changing, and the conservation of our natural resources has never been so important. Foremost among those resources is fresh water, the cost of which is only expected to rise in the future with a warming planet and the further desertification of arid regions. In California, British Columbia, Australia and in many parts of Africa, drought is becoming more the norm than ever, with regular water restrictions in place and municipalities owing huge sums to the water companies in the less developed regions. In the face of this, it’s heartening to see big companies stepping up and developing technologies that are less water-heavy.

Most recently, it’s automaker giant the Ford Motor Company that has been honoured for its water conservation efforts by the CDP, an international not-for-profit agency that aims to motivate companies and cities to disclose their environmental impacts. The company reduced its water use by 62% between 2000 and 2014, a reduction of 10 billion gallons, achieving its goal two years ahead of schedule. Ford is the only North American company to achieve this top grade for corporate water stewardship, and only one of eight out of 400 considered worldwide.

As part of its water reduction strategy, Ford has implemented goals for water usage in its manufacturing plants in the Asia-Pacific region, where it cut water use per vehicle produced by more than 10% in 2014 compared with 2013. Water use per vehicle in 2014 China in particular was cut by 13% compared with 2013, and 36% compared with 2011. The new technology that the company has introduced to achieve these goals has been a huge help, and includes 3-wet paint technology, minimum quality lubricant, and water recycling. All of these save hundreds of thousands of gallons of water per year.

The Flow of Technology

The technology implemented in the Asia-Pacific plants is the key to Ford’s achievements. The 3-wet paint technology involves the consolidation of painting activities in an integrated booth. This prevents significant wastage and provides several environmental benefits such as water and energy savings and reductions in both carbon dioxide and volatile organic compound emissions. Also, in its minimum quantity lubricant (MQL) process, rather than using a conventional “wet-machining” process that involves using large amounts of metalworking fluids and water to cool and lubricate the tools, the company has introduced a “dry-machining” process in which the tools are lubricated with a very small amount of oil.

This process can save more than 280,000 gallons of water per year, and even more water is saved in Ford’s plants in Chongqing and Hangzhou, China, and Chennai, India, using membrane biological reactors and reverse osmosis water filters to recycle water from the company’s wastewater treatment plants. This membrane filtration system allows Ford to avoid using high-quality water suitable for human consumption in its manufacturing processes. In Chongqing alone, the assembly plants reused 250,000 tons of water in 2014, enough to fill 100 Olympic-sized swimming pools.

How To Protect Your Smartphone’s Gallery With LEO Privacy?

How Important Is SEO For Your Amazon Business