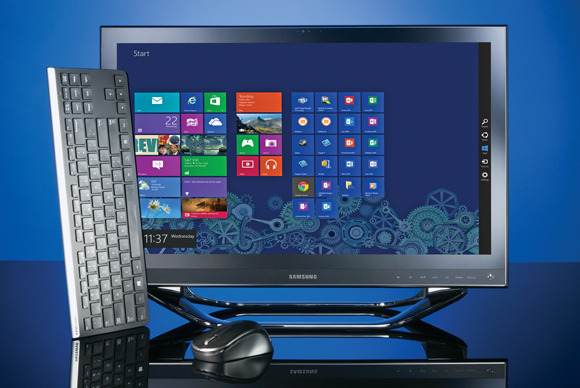 Windows 8 has so far been the biggest shift of image for both Windows operating system and Microsoft. The current urge of IT is toward mobile devices (be it Smartphones, PDAs or Tablets) and keeping this in mind, Microsoft has come up with an OS that emerges as a mobile-centric operating system with its new touch interface.
Although this change has been too much to swallow, especially for people who are more into desktops as Windows 8 is designed in Metro style (former name), which suits more to devices like tablets. Of course you can use it on your desktop but then what extra will it offer to compel you to switch from Windows 7? Probably not much!
Here is a list of aspects that goes in favor or against Windows 8.

Windows 8 is very quick. Not just the overall speed but there is a significant difference in the time it takes to boot up compared to Windows 7 (less than half time to boot up).
Better Memory Management
Windows 8 manages memory much better than any of the previous Windows versions. The memory footprint is smaller than Windows 7 (a very good news for tablets and laptops but also benefits desktops).

Windows 8 manages power efficiently, which makes your movable devices last longer. It has a suspend and sleep mode, which allows CPU to switch to low power state. This makes your device last much longer without charging. It also adds a connected standby mode in which you can leave few applications like email, on even though your device is technically sleeping.

Windows 8 offers a lot of innovative tools to attract gadget fans. There are several changes ranging from Task Manager to network settings, which turn out too much in favor of the operating system.

Now Windows also had its own store. Although its not as massive as Apple’s but still is very appreciable. The store offers a lot and every user would find apps they would like to use.

Touch Screen is not ideal for a normal desktop user. What is for them to switch to a new OS without being able enjoy to very basic asset of that OS. So, a lot of desktop user will have their mind stuck to Windows 7 or previous versions.

Technically, Windows 8 does offer a lot for a widget fan who likes to experiment with their device. All of them would love to see what Windows 8 has to offer, but in an official environment, Windows 8 wouldn’t be standing higher than Windows 7. All the desktops running in Corporates’ would definitely mind switching out of their comfort zone to try a new operating system (to get more frustrated about it because they know you are suppose to touch and respond instead of rol2ling your mouse over it).

This Post is sponsored by jianjames, Jianjames loves to write about technology and computers. She loves to review about the local tech support companies around the world.  Have a peek into the her suggestions for online tech support.

Raking in on Retirement: Reasons You Should Have a Job After Retirement

Opening a Business Abroad? Here are Options on Paying your Offshore Employees.

10 Great Travel Apps for the iPad