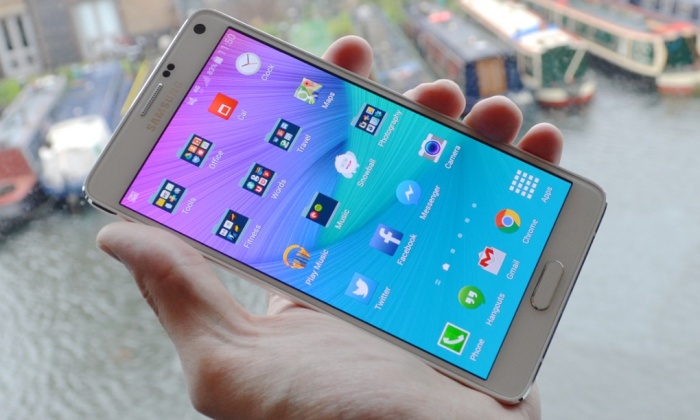 In this large world of smart phone technology, Samsung has its own world. Samsung still persists to be on the number one position sharing it with Apple, being its biggest rival. So, in such case spot light is always expected to be on Samsung. What we mean by it is its very obvious for Samsung to stay alive in rumors about its upcoming technologies in the future, even a year ago.

These days there is so much buzz for the much keenly awaited phablet of the year- Samsung Galaxy Note 5. These rumors started even much before when the last member of Samsung Galaxy Note family marked its presence.  You know who we are talking about…right?? Yes, we are talking about the Samsung Galaxy Note 4, launched last September at IFA Berlin. Though it was loved by people and had good sells, but it hadn’t even established itself firmly all over the world that the rumors of Galaxy Note 5 were out which mainly talked about its speculated features. But now other set of rumors are in the tech world about this new upcoming technology! Wanna know what is it?? Scroll down!

If you remember, one more technology came in the tech world with the inception of Note 4! It was Samsung Galaxy Note Edge. It was quite similar to Galaxy Note 4, though for some it was bit awkward to hold in hands. This can be generalised for every samsung phablet in the very beginning but when its sale took off, it proved to be record breaking. Anyway let’s not digress here and focus on what we wanted to.

So Samsung Galaxy Note 4 and Galaxy Note edge, coming out parallel, shared many features. This commonality was not restricted to their outer looks alone but shared common features as well. The simplest example would that be of Stylus pen.

Why Such Replication/imitation is being Assumed?

Aclear cut reason can’t be given to justify or substantiate this assumed replication but one justified reason would be some common or extended feature Note 5 and Note edge share. The present rumor is saying that Samsung galaxy note 5 looks much similar to Samsung Galaxy Note edge bboth having corning glass but Note 5 is curved on both the sides unlike Note edge. Other feature that might be common is extended or perhaps improved functionality of S pen.

Now, since nothing is sure and certain, we are just left to wait till Samsung note 5’s release in September this year and watch if these two phablets are actually similar or Samsung us going to present us another piece of its creativity.

Wait and watch and stay connected!

A Big Step By Google For Android Security

Understanding Batteries and their Mechanism

Tips from Thailand about Muay Thai for Weight Loss Business