A Portrait of the Modern Smartphone UserPosted by Admin34On July 19, 2013 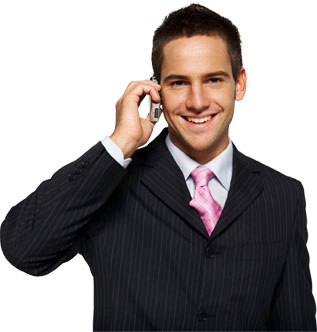 Singapore has quickly built itself a reputation as one of the most “wired” nations on Earth: there are huge levels of internet usage, social media is a national obsession, and people are generally very ready to embrace new tech, whatever form it may take. It will come as no surprise, then, that both mobile phones and smartphones are near ubiquitous in Singapore, with Black Box research stating the city-state has a mobile penetration rate of 148.7 percent, and Ericsson data indicating that smartphones have a 78 percent penetration rate.

Moreover, according to Black Box, three quarters of Singaporean mobile subscriptions are 3G subscriptions and mobile internet use in the country is booming. The country’s mobile market is increasingly moving towards 4G as – following the introduction of 4G LTE last year – a raft of 4G-enabled phones, like the BlackBerry Z10 and BlackBerry Q10 running BlackBerry 10, have recently been launched.  But while these statistics are fairly well known, there has been comparatively little attention paid to the details of Singapore’s smartphone obsession: just who is driving these huge usage levels, and what are smartphones being used for? Who, in other words, is the modern Singaporean smartphone user?

Well, perhaps surprisingly, age seems to be no barrier, with the same Black Box research finding that although smartphone ownership was led by the 25-39 age group with 92 percent ownership; the 55 and over age group was not far behind with 83 percent ownership. It’s a more familiar story in terms of income and occupation though, with those in senior management positions reporting ownership rates of 97 percent, and Singaporeans with a monthly household income of S$8,000 to S$12,000 having ownership rates of 96 percent.

More interesting is data on mobile usage, with research from Avanade indicating that 84 percent Singaporean employees use their smartphones in the workplace for basic tasks, as compared to the global average of 54 percent, and 72 percent of companies in Singapore reported that the majority of their employees use personal computing devices in the workplace. The country also boasts high levels of app usage: a global survey by Ericsson placed Singapore fifth in global app usage and found that the top three reasons for app downloads among Singaporeans were ‘performing specific tasks and functions’, ‘to keep in touch with people more easily’, and ‘to access content on the go’. Again, this seems to hint that Singaporean smartphone owners are focused on utility and productivity, rather than the mobile gaming and other leisure activities that constitute a high proportion of smartphone usage elsewhere.

So, then what conclusions can we draw? Who is the typical Singaporean smartphone user? Well, age is difficult, but they are most likely to be between 25 and 39, wealthy and/or in a senior occupational position, and use their smartphone at work. They are likely to be a heavy app user – choosing apps that are useful or help them to stay in touch, rather than just entertain. In short, the typical Singaporean smartphone user closely resembles the country itself: forward thinking, focused, and high achieving.

All You Need To Know About Hoverboards

Travel With Igogo App On Your Smartphone