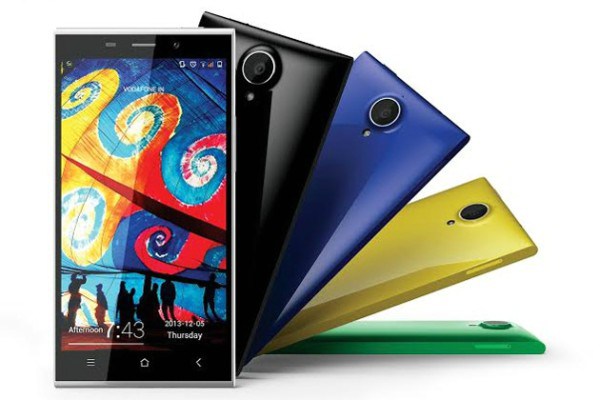 The mobile market has been invaded by latest technology smartphones, touch screens, and PDAs. We have seen some of the amazing smartphones over the recent years, the Samsung S series setting a wave, Sony Xperia Z series creating sensation and many more like these, but the smartphones from Gionee have scored the highest mark. The outstanding design features and software specifications are available at an affordable price range.

The Chinese maker has officially announced its new smartphone in early June 2015. Gionee phones are popular for its camera and looks, and the successor of Elife E7 smartphone launched under the flagship is called Gionee Elife E8. This phone is packaged with outrageously amazing features with a price tag that can ridicule its competitors. Gionee Elife series have always targeted towards shutterbug generation, and with their new addition to their Elife franchise, the E8 gives you more than what you expect. It has a whopping 24MP camera, which gives marvellous high-resolution images. This 6-inch AMOLED display phone has a 2 GHz Octa core processor loaded with 3 GB RAM, 64 GB hard disk and running Android Lollipop 5.1 operating system.

Gionee Elife E8 has a premium built with size 164×82.3×9.6mm and a magnificent body made of aluminium magnesium alloy on the sides that add a decent weight of 207gms. The display type of this big phone is of a Quad HD AMOLED touchscreen panel. This 6-inch smartphone comes with 1440 x 2560 pixels resolution, a pixel density of 490 ppi (pixels per inch) and Amigo 3.1 UI multi-touch display. The front display has a Gorilla Glass 3 and is sharp and crisp with 16M colours and the visibility pretty decent in sunlight.

This sturdy phone is designed slightly heavy but doesn’t give the feel though. On the backside of this giant phone, there is a fingerprint sensor, just below the camera, which is a new feature offered by Gionee. There are four small holes just above the camera, which represents the secondary mic for noise cancelation. The speaker grill is still located at the lower end of the rear surface. The camera is noticeably placed without any bulge on the surface. The back cover of the phone is made of plastic and removable that has embedded the battery, dual micro-sim slots and an expandable storage slot. The power and the volume control buttons are located on the right of the phone making it easier for operation.

Now let’s talk about the hardware aspect of the phone. Gionee has armoured this phone with MediaTek MT6795 or the Helio X10 (as called in the Asian market) chipset. This is a smart move from Gionee as this chip is also used in HTC One M9 plus. It is a very powerful chipset running on 2 GHz Octa core Cortex – A53 (64-bit) processor. The graphics processing unit (GPU) of Gionee Elife E8 is powered by Power VRG6200.

This phone has a 3GB powerful RAM, which aids the smooth functioning of the Quad HD display and amigo UI. It has an internal hard disk space of 64GB with an expandable slot up to 128GB, running on latest version of Android i.e. 5.1 Lollipop. E8 has a dual-sim carrier that supports nano-sim technology. It can run on GSM/ 3G/4G/LTE networks and is loaded with a powerful 3520 mAh Li-Po non-removable battery.

Gionee has loaded this phablet with an epic 24 megapixels primary camera with LED flash, and the flagship claims that it can shoot brilliant shots up to 100 megapixels. It gives you a clear image quality event at a 3X zoom. The image quality does not distort even when you zoom in totally. The camera of this phone is the highlight and is expected to be one of best amongst other smartphones. The primary camera of this Gionee smartphone has the resolution of 5632 x 4224 pixels, optical image stabilization, phase detection autofocus, and dual tone flash i.e. dual –LED flash. The high definition (HD) resolution camera has 1/2/3” sensor size, the geo-tagging feature, and touch-focus, face or smile detection, with panorama view.

The phase detection assists in prompt autofocus and capturing. Gionee claims that, in fast mode, you can click an image in just 0.3 seconds and generally it takes 0.08 to 0.20 seconds to focus, which is outstandingly fast! The Gionee Elife E8 has an 8 megapixels front facing camera that gives amazing picture quality if you have to take selfies. Both cameras have the capacity to take a picture with an acute colour density even in the dim light that makes it, undoubtedly, the best camera in the range of mid-segment smartphones.

This smartphone or phablet has definitely shown a remarkable change over its predecessor E7. With its magnificent features and specifications, it compels you to take hands-on experience. The biggest advertised highlight is the 24-megapixel camera, which is one of the finest high definition camera qualities. Gionee Elife E8 can surely surpass others in competition with this brilliant upgraded technical spec.

It is expected to be priced between $600 and $650.This beauty is only released in China which will be available from July 15 in China and the worldwide release date for this smartphone is yet to be decided. After the launch of Elife E8, Gionee has again made to position number one on the charts in the smartphone market. This elegant piece of metal will be battling with Samsung S6 Edge and iPhone 6 Plus. But, with the launch of this phablet, rival smartphone makers are still struggling to get the share in the smartphone market.

The author is a technology enthusiast working with www.bestmobs.com and loves to analyse the latest handsets, their features and its technology and provides its information to the users for their benefit.

Is The New ‘Budget’ iPhone Really The Best Choice For Cash-Strapped Wallets?