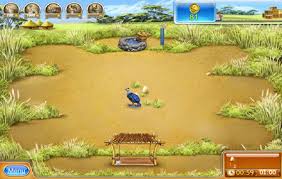 Farmville is one of those games which took the world by storm when it was first launched as everybody was addicted to this game. After planting crops everybody used to check in after every one hour to see whether there is any development in the growth of the crop or whether anybody has sent any gift or not. More than social networking activities like chatting and updating status people were mostly interested in playing the game. You will find people helping neighbors by fertilizing and reviving their crops or sending things which might help their friends. Now when FarmVille became popular many games were launched with the same game plan to capture the market that has been created by FarmVille. If you are getting bored with playing the game of FarmVille for so more than a year, then you can try some games which are on the same line as that of FarmVille. These simulation games have many fanfares all across the globe and if you still haven’t played this game then try it out once. It is highly addictive and once you start playing the game you will definitely love this game.

People who have already played this game and love the gameplay of building your own farm, then you will definitely love some other simulation games too. We will be helping you with the names of the games which are similar to Facebook so that you can try these games for yourself to find out which one you like the best. Here is the list of 7 best Facebook games like FarmVille:

FarmVille 2 – This is just the better version of the same game, but the graphics and the features are much more improvised than the previous one. It is said that they are trying to improvise more on the same platform so that the players doesn’t lose interest in this game. If you have been playing FarmVille religiously then this is one game you must try as it will take you to the next level of the game altogether will all improved gameplay but keeping the soul intact.

YoVille – In FarmVille you had to harvest crops and in here you have to make your own furniture, make friends and hang out with these new friends in places like YoDepot, Fashion Store, Beach, Night Club and also Furniture store. In order to earn the coins you will have to work in the factory, and then you can decorate your house or arrange parties to keep yourself entertained. As a FarmVille fan, you will love this game too, and do anything you want, but keep in mind that you have to earn more and more money.

CityVille – This game is one of the most popular games in the genre of FarmVille and you will love to build your own city. So, in this game you will be building new homes and farms to collect more and more coins. Here instead of feeding animals and growing crops you will be dealing with bricks and concretes.

FishVille – You will be given a tour under water. In this game you will be in love with the graphics. You will have to build your own aquarium where you will have various kinds of fishes and different kinds of underwater animals. In order to earn more and more points you have to deal with innumerous types of fishes and give an interesting look to your aquarium. It is almost like FarmVille where you have to build your own farm and in here you have to give shape to your own aquarium.

CastleVille – Zynga, the developer of the game has come up with this wonderful game which has more than a million of fan followings. In this game you will be building your own castle and along with that your main objective is to help your followers. You can go to various places in order to earn points and explore your creativity once you have gathered loads of coins. You can start your own library; open various stores, ice-cream parlors and shops. You can explore many more things in this game and it is very much similar to the FarmVille game plan.

CityVille 2 – This game will provide you with a much improved version of the popular game CityVille. The developers have tried to enhance the experience of the gamers through the latest version of this game. So you will be building houses and farms with new features.

PetVille – In this game you will have to create an avatar of your own but the fun part of this game is that you wouldn’t be donning the role of any cartoon character or some super heroes instead you will be getting into the skin of a pet. Here you will be buying some clothes and decorate your house apart from this you can help your friends by gifting them some items. 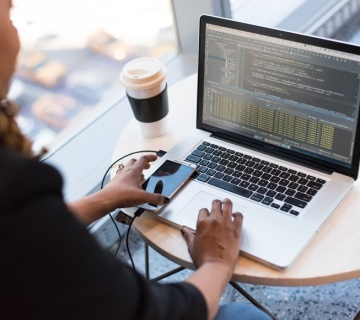 Developing a Mobile App for Your Startup

Perks Of Hiring A Professional Website Design Service In Dubai