Debunking The Cloud Issue: Pros Are > The ConsPosted by JosephbkerOn December 19, 2013 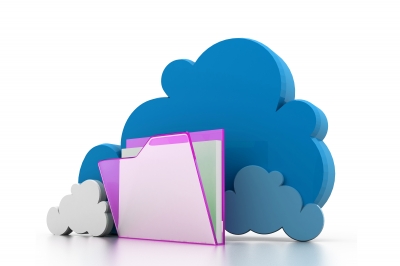 For many companies, cloud computing is becoming a workspace necessity. Whether it’s a handy app provided through Software as a Service (SaaS) or a complete off-site infrastructure through Infrastructure as a Service (IaaS), the cloud is revolutionizing how IT tasks being handled.

Despite the popularity of the cloud, however, plenty of concerns have been voiced about its viability in the commercial space, particularly in regard to security issues. Although these concerns raise some fair questions that should be addressed, many of them are no more than myths spread by those who aren’t fully aware of the solutions already in place to tackle the problems.

A private cloud is completely under your company’s control. You provide the hardware, the data centers and everything else associated with the private cloud. The security matches the level of security you have on other servers within your business. The fact that they’re used in a distributed computing environment doesn’t suddenly make them more susceptible to security issues. Some people will argue that it’s riskier to send data over to a public cloud company as you’re transferring sensitive data to a third-party location, but the actual security measures taken at the provider facilities may be more stringent than your own. PCI-compliant vendors are known to use cloud services, and they have some of the most stringent demands for security. Keeping your data safe from hackers is a concern for everyone, but security will have different challenges depending on which cloud choice you make.

Myth #2: It Adds Complication to your Infrastructure to Implement Cloud Storage

Cloud storage and content delivery networks are commonly used as some of the first implementations of cloud technology in a business. With big data gaining in prominence, the amount of storage needed necessitates a high volume of flexible storage options. A cloud-based storage system is often easy to integrate within your existing infrastructure, as they come with easy-to-use control panels that allow for fine-tuned control of the storage allocation.

When a company uses public cloud services, the service provider handles everything from the hardware to the maintenance on the applications. When an IT department is used to handling the day-to-day operations of every aspect of their network, it may be troubling to have a portion of it sent off to a third-party provider. However, cloud services allow management to better allocate their on-site IT resources, giving the IT department the chance to focus on projects of greater importance to fully showcase their skills.

Myth #4: The Cloud is Only for Enterprises

The scalability of cloud computing benefits every level of business, from small businesses to international enterprises. The smaller businesses get access to hardware they probably wouldn’t have the budget for, and larger companies have quick access to storage, additional servers and other needs whenever they have a spike.

The cloud brings a unique set of challenges to any business, but many of the arguments being passed around are either inaccurate or easily worked around. The cloud has the potential to provide benefits for business of all sizes, and upcoming technology trends indicate that cloud’s importance is only going to grow in the upcoming years.

Carpet Cleaning When Moving into a New Home

Digital Document Verification – How It Helps With Security and Regulatory Obligations