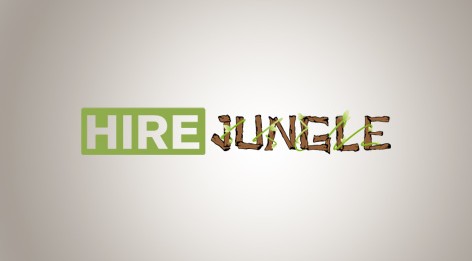 December 16th, 2013 – London-based Hirejungle announces the launch out-of-beta of its peer-to-peer hiring platform, enabling users to hire out goods and services at no cost. Founded by MBA Marcelo Barreneche, the new eBay-like hire-and-rent platform comes at a time when consumers in the UK are struggling with the nation’s economy.

Hirejungle is Mr. Barreneche’s answer to the fast-growing and disruptive sharing economy, which he believes can improve the economic situation in the UK. Mr. Barreneche wants to see more people share, and save.

“The first ‘Eureka!’ moment,” says Mr. Barreneche, “was when I needed a drill for a home refurbishing task and I didn’t have one, but I wasn’t happy with the option of buying a new one only to use it just once a year.”

“Then I thought it might be a good idea to hire someone to do the job for me… But who? And that started the brainstorming that led to this peer-to-peer platform.”

Hirejungle’s peer-to-peer platform connects people who own practical stuff and have under-utilized know-how with other people and companies who need it.

“Here it is in simple terms: If you were to hire out something, let’s say your TV, which website would you use? If you have no idea, that’s because you’re another one of millions of people out there who could be earning income on things you don’t use,” says the founder.

The idea behind Hirejungle’s platform is that it doesn’t charge users for renting and hiring. It charges no transaction fee. Instead, the business model relies on advertising, which is a revolutionary step for users in the sharing economy.

“There are no fees attached to listing goods and services classifieds (though businesses have pay options for featured ads), because providing commission-free transactions and publications – empowering the crowd – are among the founders’ core values,” remarks an industry expert.

And the technology is top-notch, too. Mr. Barreneche’s platform offers a social network and adds value by hot, fast tools that drive the platform’s efficiency.

One example of how Hirejungle adds value is a web tool that helps with calculating rates.

This web tool lets car owners maximize the utility on one of their most expensive and depreciation-sensitive assets: their cars.

Hirejungle’s no-hassle platform is your one-stop-shop for rentals and hiring. And there are no fees to rent and hire out. Marcelo Barreneche, M.B.A. founded Hirejungle in 2012. It is based in London and backed by a team of high profile investors.

No More A Hassle To Move from One Place To Another

The Technological Evolution Of Education