Is Mexican Oil Good for America?Posted by Olivia BOn November 27, 2015 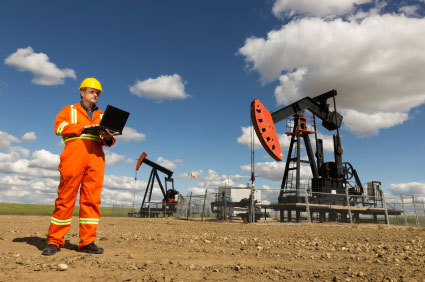 Mexico’s oil business has been night-and-day different from the Texas oil business for decades. Work on the Tula Refinery, and the refineries at Salamanca and Minatitlan remain big stumbling blocks more reminiscent of Eastern Europe than anything in Texas, but reforms to the state controlled monopoly and big changes in the energy sector have been raising eyebrows since the start of the current administration in 2012.

Bidding by international companies on oil contracts this past July met only mediocre success. By September, though, good old Pemex seemed to have made better on the bidding process. That round of bidding attracted even more international oil company interest and the next round of bidding for Gulf of Mexico deep-water production blocks is expected to be a lot more interesting.

Combine this environment with US willingness to export lighter crude to Mexico in exchange for some of that heavy crude, and you’ve got a very different Mexican oil business. So what does it mean for the USA?

The much publicized constitutional reforms in December of 2013 opened up Mexico’s once moribund oil market to private oil companies from around the world. All of the bidding for all of the blocks of oil reserves should be completed by the end of next year, 2016. A government committed to seeing the successful sale and exploration of these blocks has been especially important given the flagging prices for petroleum all around the world. More flexible minimum work requirements and a longer lead time prior to the bidding both helped the September sales to exceed those from the previous July.

This perceived openness and willingness to do business, whatever it takes, has boosted the confidence of just about everyone approaching the Mexican government. An adjustment mechanism, that would let the government cash in better whenever a given blocks shows better than expected profitability has been a particularly flexible bargaining point and can depend on the blocks being offered. But returns have below 25 percent were in the clear during the bidding in late September.

Production sharing contracts are lucrative. And the late September bidding was a lot more successful – in part because these were shallow water proven reserves. Eni, the Italian energy firm, offered 83.75 percent back to the Mexican oil giant. That’s a big percentage but it’s still a lot of energy. Most other bidders, including winning bidders are offering more in the neighborhood of 70 percent but it’s still a lot of activity coming up.

Even as oil prices slump and reforms set in, it’s important to remember that Pemex needed to do something. While not necessarily in dire straits, certainly much of the Mexican government’s motivation for cleaning up its petroleum business was due the monopoly’s inefficiency and record-breaking recent losses.

Crude production has been in decline in Mexico since it peaked in 2004. The Obama administration’s opening of crude exports to Mexico this past year were the first of their kind in 40 years. And Mexico is still importing about half of it gasoline despite the wealth of crude reserves.While Mexico has dropped exports to the United States, this more reflective of the overall drop in production rather than a drop in demand. Mexico has also increased exports to Japan, China and India among others. The US still accounts for 71% of crude oil exports and that crude oil is worth abut 30 percent more than all the cars that cross the border going north.

Refining remains one of the chief concerns for the entire Mexican industry. Increasing capacity will take big capital investments and there’s still no telling when that capacity might actually make Mexico into a net exporter of finished petroleum products.

On the other hand, there’s no telling who in Mexico is really going to benefit from reforms in the energy sector. Private investors will run with some of the profits, but most critics are still focused on the outsized and inefficient Pemex, its unions and pension obligations. Strategically investing in areas that will benefit Mexico’s consumer markets and larger economy are a nice hope, but not a place to bet your bottom dollar.

Infrastructure development and oil services opportunities are definitely there. But some of these are naturally going to cut into work currently being done in the United States. As flush natural gas reserves flow south, they’re going to be met by increasingly well explored natural gas reserves of Mexican origin. Some of that exploration will no doubt be carried out by American natural gas producers. While better than 20 pipelines are currently crossing the border, more than one of them is likely to run dry as capacity gets met by Mexican gas.

Will Pemex restructure its investment priorities and workforce and resume its mantle as standard bearer for the Mexican economy? That’s one of the key questions that remains despite all of the stated intentions of the Peña Nieto regime and the reforms they’ve rather impressively been able to achieve.

As further blocks of crude and natural gas hit the auction block, observers are hoping for transparency and some of the flexibility and intent to sell that’s been seen over the past few months. That and some international experience and expertise could mean a very promising bi-lateral energy trade situation for both the United States and Mexico.

Email Marketing 101: Get Those Emails Opened!

How To Pay Off Payday Loans