LG G3 Is Still A Verdict In Its Segment: Specs and FeaturesPosted by EditorOn December 30, 2014 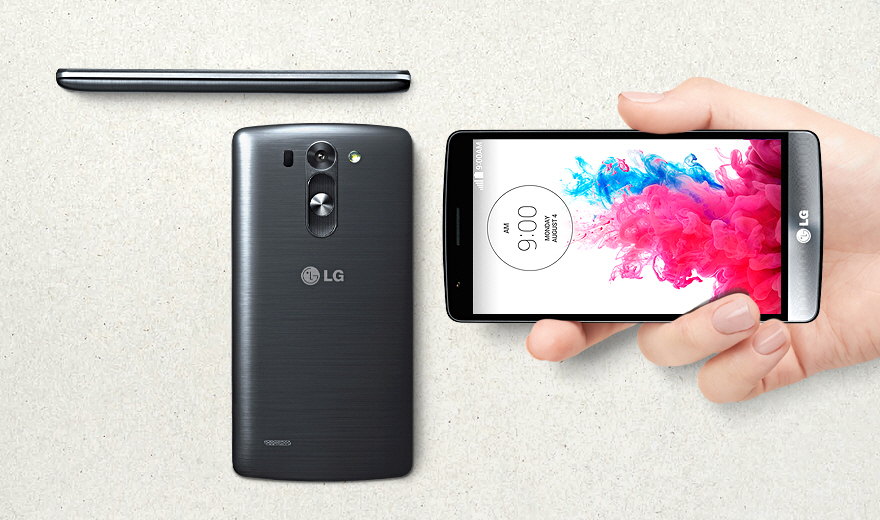 The 2015, is about to begin and definitely it would be bringing lots more surprises for the smartphone fans. Already, the 2014 passed as good year as we witnessed really good phones like Galaxy Note 4, LG G3, iPhone 6 and more. And few of them has left a deep shadow, here we are referring to the best gadget of 2014 i.e. LG G3.

LG G3 is interesting device with its powerful snapdragon 801 quad-core processor, 3GB RAM and attractive design. If we specifically discuss more about its design, the back cover of the phone is removable, which means the usual way to install and cards, and a removable battery type. In this regard, the new flagship LG stands out against the background of modern solutions that have a sealed battery or SIM-card is necessary to extract a clip, or a memory card slot is not found. At LG G3 with this complete order, it looks like the original look of a few years ago by the absolute majority of smartphones: you can remove the cover, replace the battery yourself, insert any memory card (capacity up to 128 GB).

Both cards are arranged vertically one above the other, but in contrast to the SIM-card (format Micro-SIM), which fell firmly back battery, memory card can be easily removed and installed without removing the battery. On the opposite side is visible group of contacts that connect with the contacts on the cover itself: the device supports wireless charging, for it produced a separate wireless charger.

The rear surface of the LG G3 smartphone itself contains modern smartphones LG unit buttons, and one can see a number of dual flashes and a laser rangefinder. With regard to the laser system to measure the distance to the photographic subject, with the flash and everything is clear, now many high-end devices are equipped with two colored LEDs, but the unit buttons changed. Recall that in all previous models (with the “back” button unit location) key lock had issue and could easily be pressed accidentally, especially if the smartphone was lying on some surface. So this unusual block has undergone yet another improvement, this time it was almost perfect. However, accommodation option buttons on the back surface of the smartphone remains controversial, not everyone liked it; many have not been able to get used to, so that their opinions on the matter are opposite.

The Buttons remained the same and it is standard: the central key lock on and work out the smartphone and the other two, top and bottom, are responsible for regulating the volume. Advanced features block hardware buttons provide additional functionality to manage: long hold top button launches the application, bottom – causes the camera from sleep mode, and long press the center button activates the shoot photos or video.

The sales of LG G3 in the market are going smooth but soon after we would welcome G4 in mid 2015, the scenario could change and we will see the price drop as well. And there are also rumors to see two high-end LG G smartphone in 2015, yes we are talking about LG G5.

Ways To Utilize Your Filing Cabinets In Your Office

What Is Hard Disk Defragmentation?