Pharmaceutical Marketing: The Cause of the High Cost Prescriptions?Posted by EditorOn June 30, 2018 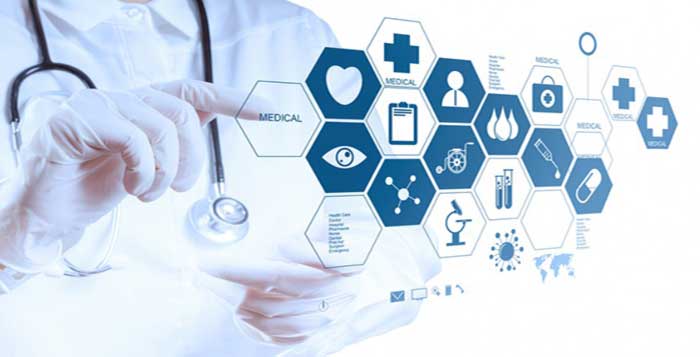 The profits being made in the pharmaceutical industry are out of control and it’s causing many to go without their medications due to the inability to afford them. The pharmaceutical industry in the United States have extremely high marketing expenses. The companies claim that it costs more than $800 million in research and development to put one new drug on the market. Research has shown that only 22 percent of pharmaceutical employees are employed in research and development, whereas, 39 percent are employed in marketing.

Pharmaceutical companies are using tactics like giving free lunches to physicians and they’re staff and giving gifts for promoting their drugs. In some cases, it has been reported that drug companies have tried to persuade physicians with large sums of money for prescribing their drugs or take part in clinical trials that we’re actually disguised marketing tactics. If you work in the medical field, you know that drug reps are swarming the facilities and physician offices like vultures. They wine and dine, offer all sorts of neat little trinkets, all with the companies name printed all over it, of course. Well, as exciting as it is to see a drug rep in the lobby handing out dough nuts, pens, calculators and just about anything you can imagine, our un-insured Americans are paying a huge price for the health care industry to receive these little “goodies.”

It is really sad when you think about the many Americans that are going without their medications because they are unable to afford them. I myself work in the medical field and I can’t tell you how many times a patient has come in the emergency room, say, unable to breathe. When you question them on why they did not take their breathing medications, the response is usually because they can’t afford them. Many elderly live on a tight budget and the biggest issue is they get paid once a month and if it’s near the end of the month, often they need to go without until they get paid. Most elderly are on some sort of prescription drug that is vital to their health and well being. It’s absolutely ridiculous that one would have to risk their health in such a wealthy country because of the cost of prescription drugs and their inability to afford them.

Pharmaceuticals are one major cause in the increased cost of health insurance as well. Medical plan premiums are costing more, but yet the coverage benefits have decreased. Many medical plans with a prescription plan have a co-pay which can vary depending on the plan and provider. Recently we have seen these co-pay amounts increase. For example, my family health plan had a co-pay of $20, when the most recent contract renewed, our co-pay jumped from $20 to $50. Talk about a shocker, so now for each prescription anybody in my family is on, the co-pay is $50 unless the prescription is less than the co-pay. Unfortunately, if there is no generic form, or an alternative, you may end up paying a substantial amount. For instance, if an individual has six prescriptions a month, with a co-pay of $50, that’s $300 a month for medications which on a fixed income can add up to be a large portion of one’s monthly income.

Now, not to say marketing is not necessary, but so much is invested in marketing that the focus is not the well being of the patient or consumer. We do need our pharmaceuticals, however, the cost of prescriptions have sky-rocketed at astonishing rates. Just an example of how marketing truly does have an effect on us when we see a commercial or an add in a magazine, I bet you can name the purple pill? Yes, Nexium. How about “the first and only once-daily herpes medication?” You got it, Valtrex–some thing’s should just be a little more personal in my opinion. Chances are, if you know these slogans and the drug it is associated with, it means you have seen the add or commercial many times. That is the goal of large pharmaceutical companies, to make us remember so the next time we visit our physician, we are more likely to ask our physician’s to prescribe what we have seen. Marketing works wonders for the pharmaceutical companies, but the consumer is unaware of the marketing tactics used by these companies.

Pharmaceutical companies have every right to market their product, however, there needs to be some control over marketing practices to reduce the cost to the consumer. With the cost of living increasing at a rapid rate, it is difficult for those in need of health care and medication therapy to receive the care they need. Many people are turning to the Internet and buying prescriptions on line from other countries at much less cost because they are unable to afford them in the United States. This can be a dangerous practice, as many places found on the Internet are scamming people by selling imitation products. It may look like the real thing, but it could actually just be a look alike made from dry-wall material. We truly need our government to step in to regulate the cost of pharmaceuticals, until then, we will unfortunately, have to deal with it and continue to enjoy the great commercials.

15 Skills for Teachers to Overcome the Modern Teaching Demands

Why You Should Start And Never Quit A Home Business