Sony Xperia XA Ultra – Features, Specs and Price In IndiaPosted by DiazSOn May 19, 2016 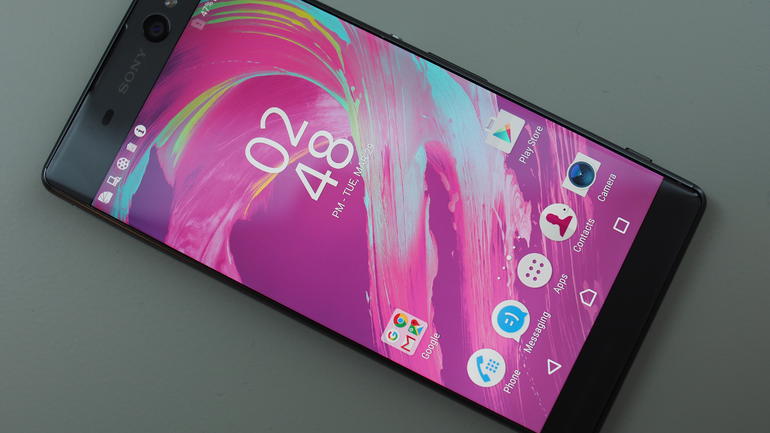 After a gap of several months the Japanese giant Sony has taken the wraps off its latest flagship XA ultra which was initially unveiled at MWC in February this year alongside X family range of devices Xperia X and X performance. The XA ultra is expected to hit the markets in the coming months as it is listed on company’s global website however there is no information regarding its availability and price for the Indian market. When launched, it will be available in White, black and Lime Gold colors.

The love for big screen size is subjective and depends upon the individual’s taste some might find it inconvenient while it might be tailor-made for others. The Sony has something monstrous for you in the form of 6 inch full HD display panel with Mobile Bravia engine 2. The Phone is fuelled by a Mediatek Helio P10 (MT6755) clocked at 64 bit Octa core (MT6755) processor paired with 3GB of RAM and 700MHz Mali T860MP2 GPU.

On the memory front, XA Ultra Sports 16GB of internal storage which can be further expanded up to 200GB with the help of a Micro SD card. The Smartphone bears a 21.5 megapixel primary rear shooter with Exmor RS sensor, Optical image stabilization, auto scene recognition, quick launch, 5X zoom and hybrid auto focus. The front is equipped with an impressive 16 megapixel camera which is a rare side only Oppo F1 plus has 16MP front shooter.

To give to you stock Android experience, the Smartphone runs on Marshmallow 6.0 out of the box. Sony is offering range of connectivity options with the Smartphone such as 4G LTE with Cat.4 download speeds, Dual Sim, NFC, Micro USB, 3G HSPA+, Wi-Fi Miracast, Micro USB, bluetooth 4.1, DLNA, GPS/A-GPS and Google cast. It looks like it misses out on fingerprint sensor.

The Sony XA Ultra takes it juice from a 2700mah battery which is claimed to deliver up to 2 days of battery life on single charge and can offer 5.5 hours of talktime by charging it for just 10 minutes. The device measures 164.2×79.4×8.4mm and weighs 190 grams.

The XA ultra is expected to come with a premium price tag considering the specifications. Till then watch this space for more information this device and Smartphone world.

Get the latest updates about the latest mobile phones launched in India and their features, specs and reviews at Mobiblip.

Principles For Choosing and Using Typefaces

SkyBender and the Future of 5G Wireless

The Importance Of Understanding How Mortgage Brokers Get Paid