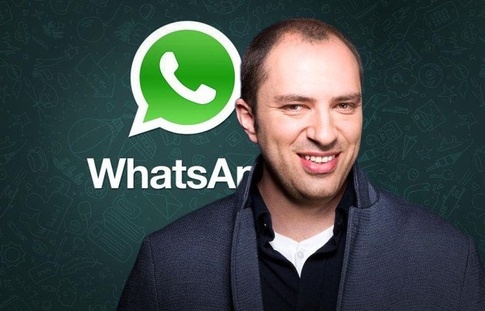 Founded by geniuses like Jan Koum and Brain Acton, Whatsapp has become the largest messaging platform all around the world. Whatsapp was basically initiated as a blessing for the Android mobile device users and soon come over to Windows, ioS, Blackberry OS. This further helped it to gain a drastic popularity all over the globe .More than 30 billion messages are interchanged between Whatsapp users on this application and this made Facebook – the largest social networking website to purchase this application at a handsome amount of US $19 billion on 19th February, 2014. Whatsapp has been one of the most used messaging app because of its easy to use tools and this application allows to send messages for free throughout the world without spending any extra charge for it. Some android applications pop up ads on the screen which irritates the user, but whatsapp does not display any such advertisements which covers up the screen. This application also allows us to know how many of our phone contacts are whatsapp users as it automatically transports contacts from our phone.

Whatsapp has provided us with the liberty of sharing pictures, location, music and status with our friends and the biggest advantage of Whatsapp is this all can be done without any extra cost. We can even share our feelings with our friends on whatsapp through our voice notes and the emojis or the emoticons being provided on whatsapp can describe almost every feeling even some tasks and objects are being represented by some of the emojis of whatsapp which are of great use as the whole thing can just be described through a single tap on the right emoji. Whatsapp is really a blessing in today’s time when people are living far away from their related and loved ones and can share the feeling in just a moment unlike the times when people used to wait for the replies of their letters for days. This whole new App is going to launch different and some amazing platforms for the other series of smartphone Note 6, Xperia Z6, Galaxy s7 and iPhone 8!

Thus whatsapp in every way has been loved by people and is the strong competition for the other messaging apps which can never overcome this application.