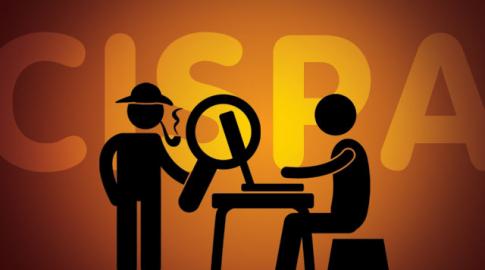 The Cyber Intelligence Sharing and Protection Act (CISPA) was a bill that passed in the U.S. House of Representatives but was stopped by the Senate in 2012. The bill, HR 624, aimed at cracking down on cyber attacks at the expense of privacy.

The bill was given a second life on April 18, 2013 when it was approved by the House of Representatives. But the White House threatened a veto unless the bill was revised to protect privacy rights and civil liberties.

Life of the Bill

CISPA was originally introduced in the House on November 30, 2011, authored by Republican Mike Rogers from Michigan and Democrat Dutch Ruppersberger from Maryland. The bill passed in the House on April 26, 2012 by a vote of 248 to 168. CISPA was designed to amend the National Security Act of 1947 to include new intelligence gathering regarding cyber threats and information sharing between intelligence agents and cyber security personnel.

The bill also allowed for the possibility of information sharing between the government and tech companies. The goal of the bill was to reduce cyber attacks by opening up channels of communication to investigate cyber threats. Internet privacy defenders such as those who frequent the website Reddit protested the bill for being too intrusive of confidential information. The bill initially died in 2012 in the U.S. Senate, where it was not even put to a vote.

After CISPA was revived by the House in 2013, the White House announced its opposition due to concerns that it didn’t stop investigators from sharing personal information about innocent private citizens. The White House stated that people have a right to know that corporations will face consequences for not appropriately safeguarding sensitive personal information. Nevertheless, the bill sailed through the House again, passing by an even greater margin, 288 to 127.

One of the main complaints about CISPA from the American Civil Liberties Union was that the bill allows companies to share personal information with other companies as well as government officials, including the NSA, without blocking out irrelevant information. The ACLU supports cyber security but insists it can be done without unnecessarily invading people’s privacy. CISPA died a second death in the Senate in late April 2013.

The bill is supported by major tech companies such as IBM and Intel, as well as cable and internet services providers like Comcast. It allows companies to share information with other companies and the government in order to crack down on hackers and other cyber threats without a warrant granted by a judge. This flexibility allows them to speed up resolving such issues. Corporations would also be allowed to investigate their customers’ personal data without a warrant if they have reason to believe an individual poses a cyber threat.

Proponents argue CISPA will give them better tools for reducing cyber attacks. This legislation would also protect corporations from facing lawsuits for violating privacy rights. Supporters also claim that only individuals suspected of being involved with cyber attacks and terrorism will be targeted. Stopping hackers before they create massive online damage or steal sensitive valuable information is the core purpose of the bill.

Opponents of the bill are worried that the language is too vague and might conflict with the Fourth Amendment, which prohibits unreasonable searches and seizures. The law essentially would sidestep the court process of obtaining a warrant, which would allow sensitive personal information to be shared between government and corporate entities. The law would also supersede website privacy policies.

The vagueness of the law is where the controversy lies. Opponents say that the government will be allowed access to private information, which it can use any way it wants, such as investigating other unrelated crimes. CISPA also clashes with privacy protections in the sense that corporations would not be required to inform customers when their personal information is shared with the government.

Dee Fletcher is a freelancer and ghost writer, and also enjoys guest blogging. She writes mostly about current trends or events in various industries, but also writes advice and how to articles. She works from her home in Southern California and loves to visit the beach as often as she can.

Galaxy S5 Versus Xperia Z2: The Megapixel War Is Back!

Pay Up or You May Face A Tax Lien