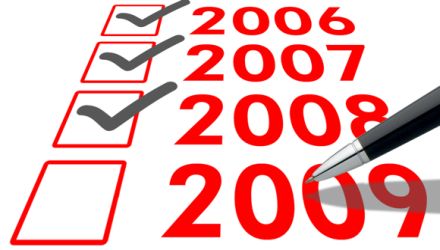 Judge the way you can but 2009 will surely be a connoisseur to most of the people. We’ve seen few really err..  moments in this year, on all fronts, be it on the technology side or on the eco side (I don’t care what ‘d you suffix to that).

We entered the year with deep apprehensions of what the world had in store for us, on various quarters. With the economy still in shambles, everyone was quite trepid, counting on the tech companies to lead us out of the crisis, that was soon ballooning in to much bigger than those of 30’s, late 70’s or the 90’s.

But then Boy! didn’t they get us out of the crisis, with Apple and Google beating the estimates all through the year while the other companies were still struggling.

One release from Google though at the I/O conference did make the crisis ridden world to stand and take notice (ever offering from them does). In May Google released a tool christened the Wave, that was defined as “personal communication and collaboration tool”. It is a web-based service, computing platform, and communications protocol designed to integrate e-mail, instant messaging, wikis, and social networking on to a single platform.

Google’s own Android found many other takers including HTC, Moto, Samsung and slew of other major players. Moto though has huge hopes pinned on Android as the operating system was being masqueraded as the one that would bail it out after posting a consecutive seventh net loss margin in March.

The world’s biggest software company was trying to save its face after a woeful release of its previous operating system, The Vista. What did the Redmonders and Ballmer do. They released Windows 7 a much sleeker and refiner OS than Vista. What is to be seen though is the amount of migration rate to 7.

Apple, not surprisingly had a rather quiet period with Jobs out of office and not much to offer at its Dev Cons, the didn’t come out until their recent acquisition of Lala, a company with interests in iTunes.

PS: The posted is to be edited further.

I am Susan Hannan from Exams Key; it gives 100% HP0-D16 Exam exams. Let’s take benefit of BAS-012 Exam Exams material efficiently and get guaranteed success. Check out free demo of all certifications Exam.

4 Best Tools You Can Find In Photoshop

Procurement Of Loan To Progress In Business