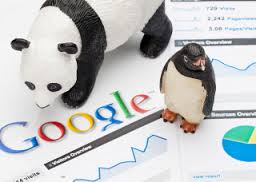 If you have been involved in the SEO industry for the last decade or so you will have probably witnessed first-hand the huge changes that Google has unleashed on its index.

Some would argue that the industry took its biggest turn all the way back in 2003, with ‘Florida’ wreaking havoc amongst millions of websites who had built a foundation on prehistoric SEO methods. Since then, updates have unravelled thick and fast and there is genuine fear on webmaster forums whenever the big G is contemplating its next major move.

Over recent years, the changes have been quite tremendous and the SEO industry has again taken a massive change in direction. It didn’t matter if you did your SEO yourself, whether you had an in-house team to perform it for you or if you hired SEO reseller services – everyone has most probably been affected at some point or other. Therefore, starting with Panda, here is a look at the recent major updates that Google has made over the last couple of years.

This was where the ‘zoo’ updates first became apparent, with Panda said to affect approximately 12% of Google’s search results. While it took several months to cause such ripples, any site that was loaded with adverts or had little or very low quality content seemed to be affected. With such a large proportion of sites being influenced, many webmasters wrongly assumed that this was going to be the only change of its kind. They were wrong. 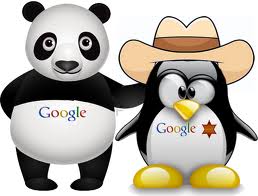 The amount of Panda updates from this point on has been quite simply staggering. After a while, the industry decided to drop the decimal points and simply use a simple counting approach to describe them.

Unfortunately, while minor updates occurred through each of these stages, nothing was released to ever distinguish exactly what was affected. At times, it was announced that the update had spanned globally to influence all results, but this is as far as Google went. Therefore, even though Panda seems to still be ongoing, all we can conclude is that the updates are related to content and aimed to quash spammy’ websites.

In the midst of Panda, another industry-changing update in the form of Penguin emerged. It would be fair to say that April 24th 2012 was one of the biggest days in SEO history and while countless sites had got away with over-optimization in the past, this was the period it all changed.

Whether it was keyword stuffing, duplicate content or questionable backlinks, Penguin seemed to cover it. Unsurprisingly, it was the backlinks issue that caused the most upsets – with Google tending to target those websites that had an unnatural amount of links with the same anchor text. Considering the fact that some sites had spent years targeting keyword terms by building exact anchor text links – it’s no surprise that Penguin caused such a storm!

In relation to update frequency, Penguin is actually very similar to Panda with Google tending to roll them out every few months. Again, no further details of algorithm changes have been released, although small groups of webmasters report fluctuations on every update.

The last Penguin update occurred in May and it was understood that it was targeted towards on-site issues, rather than external factors. Nevertheless, another update is due shortly – and that probably won’t be the last.