5 Awesome Things To Do With Your New ps4Posted by Olivia RsOn November 6, 2017 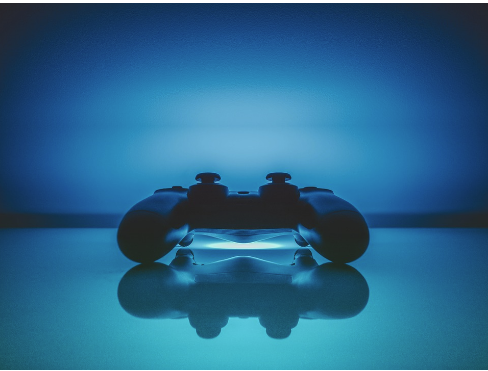 After months of waiting finally you able to get your hands on ps4 congratulations for that! It is now time to get off the warp under which it is covered and get started with the new awesome shiny device.

The device has lot to offer this time, finally you are able to play all those powerful games you always wanted to. A gamer can just simply just plug in and start playing but if you are looking to get more out of it then there are some plenty of cool things it consist that needs to get explored.

Before you just start bashing out the keys and check out every single icon on the screen, just let me do the job of mine and i’ll make sure that the work of yours will become easier after reading this.

Here are 5 awesome things you can do with you new ps4 other than just plugging and playing :-

1.Transfer data to usb :Most of the people usually don’t like to pay for this playstation plus cloud services. The use of it is saving the data you consist on ps4 by charging specific amount of money based on the subscription package. Now, the thing you can do is instead of paying this cloud service is that transfer all the data to usb stick by simply plugging into port. Just go to settings menu and access application saved management data, you can copy the files and paste into usb drive simply. Now, access file from anywhere.

2.Access to good apps:Just like ps3, ps4 also offers plenty of apps for movie and tv shows streaming. Go to sony playstation store and get some good apps for yourself. Some of the popular apps that are available in the store are netflix, amazon prime, BBC, BBC sport and plenty of others. Multitasking feature allows you to switch between gaming and video streams instantly.

3.Rest mode:One of the most useful feature that is introduced in the ps4 console is rest mode. You can turn off the console without entirely turning off the machine and start from where you left of. Put the machine on low power mode which almost make the console off but not completely while at the same time download updates and games. Cool huh? You have now time to charge your console when it is low and also able to download the update when out.

4.Easy sharing :Sharing is much easier in ps4 than it was used to. If you’re not much of a social gamer then this device will make you one. The console has this option to share the recorded clip with one or two touch. You just need to simply login into fb account for sharing where there is also a option to edit the clip of length about 15 mins.

5.Color coding:The cool light on dual shock 4 isn’t just for a show but it does stuffs that helps developers to use move like motion feature implementation into their gaming and also there are times when the light matches up with the game actions as well. Still, if it looks not a use to you then reduce the brightness of it and save the battery of console to avoid charging while gaming.Console are life for the gamers, all they just want to do is sit on their Ps and play games entire year 24×7. Ps4 has brought so much new features in it but the price is that all matters when thinking to purchase. you can sell your old one to get this new cool ps but if you are broke and old ps is damage then find a game repair service shop to not to miss all the new games that are available in the market.

The Past, Present and Future Of EMR/EHR Implementation

5 Qualities That You Must Find On Your Divorce Lawyer