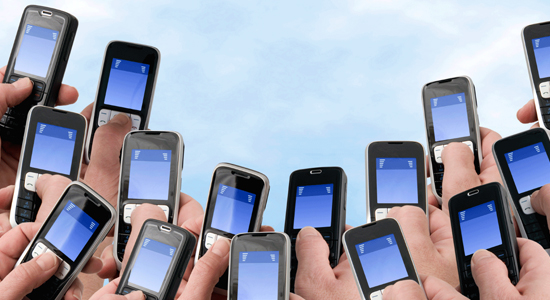 In a recent blog on his website, Stephen Fry wrote about his own tendency to carry more than one smartphone on him; in fact, he carries one of each of the major operating systems (sorry, Symbian), saying ‘As a matter of course, the iPhone goes in one pocket; the Lumia or HTC HD7 Windows Phone into another (I can interchange happily there, whichever is charged and simmed up will do); the BlackBerry (bless) Bold into one more and then I have to choose an Android handset.’ Okay, so Stephen Fry is definitely a little eccentric, but is this an indication of the direction that the western world is heading in?

It’s not such a strange idea. Take the examples of computers and games consoles: it’s not unusual to own, say, a Mac and a PC, and it’s certainly not odd to own both an Xbox and a PlayStation – why? Well, despite being used for the same purpose, there are always games and features unique to each machine, and the same can be said of smartphones. If you’ve got the money, why spend all that time umm-ing and ahh-ing over whether to buy Android or Apple if you can just get both? Just as games consoles will release console ‘exclusive’ games – say, Nintendo and the Zelda series – all smartphone operators will have their fair share of exclusive apps.

But with phones, we know this isn’t a completely fair analogy, because to think that would be to forget that the primary purpose of a phone is communication; you can’t hook all four of your phones up with the same number and SIM card, so what happens when somebody wants to get in touch? The problem is that while you can give out all four of your phone numbers, it means you’re committed to carrying all four handsets around with you all the time; maybe Mr. Fry always wears heavily-pocketed clothes, but I certainly wouldn’t have that much free space kicking around during summer.

Many people already have separate phones for personal and business lines; say, a work BlackBerry and a home Android. This is more reasonable: two phones are easy enough to carry around on a permanent basis, and with each of them having distinct uses, it’s easy enough to know which you’ll need with you at any given time. From a different perspective though, some people are such ardent fanatics when it comes to their phones that they would never be seen dead with a competing brand. Many Android users fall into this category but it is most often seen with people who own iPhones. Many iPhone owners want nothing less than an iPhone experience, and there would be little point in carrying about several iPhones.

I’m not suggesting that the world is going to be full of tiny, constantly-tweeting Stephen Fry types, but more that, in correlation with other kinds of gadgets and computers, as the price of phone contracts decrease in comparison to our disposable incomes, it seems only natural that more and more people will opt to own more than one handset. I suspect the main reason that this hasn’t happened just yet is that people still view their mobile phone as they do their wrist watch – when in actuality, they’re rapidly developing into unique gadgets, each with their own functions and attributes.

Why You Must Be Choosing To Continue Education? – Think, What Do You Want For Your Career!