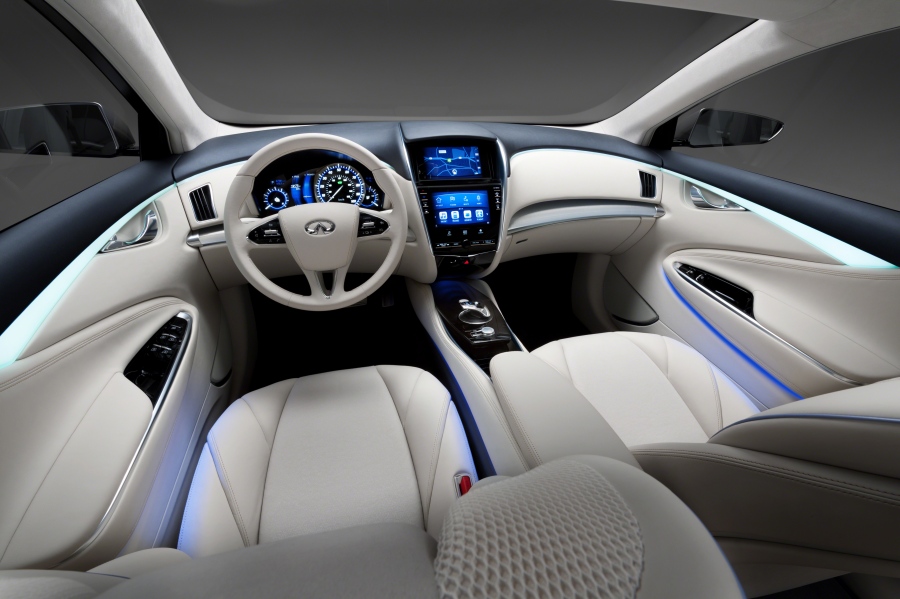 What roles does the car play? We use it to get to the office, to the supermarket, to go on a picnic, or just as a way to relax. Also, we often rent a car for travel, if it’s not possible to use your own car.

Indeed, for some people a car is an irreplaceable working tool, for some it’s entertainment, and for some it’s a means of transportation. However, the car has always been both the source and the target of innovations.

Modern cars are equipped with different technologies, and every day they are getting smarter and more progressive. Let’s try to imagine what awaits us in the nearest future…

Perhaps the massive introduction of self-driving cars is what we expect from the auto industry today. Tests of such vehicles are underway in many countries, and even their commercial operation begins in the USA. So now we are at the very beginning of a transportation revolution that will make drivers unnecessary, and driving cheaper and safer.

Yes, the safety will increase significantly! After all, 9 out of 10 accidents are caused by the human factor, and unmanned vehicles must exclude its influence. So why is the adoption of autonomous vehicles not going as fast as we would like? Technical problems on this path have already been practically resolved, and the high cost of autonomous driving systems, legislative issues in this area and the psychological unwillingness of many people to trust a car without a driver remain obstacles today. Yet this new thing is making its way, and in the coming years we will still see unmanned vehicles on the roads. According to statistics, young drivers are more often involved in various road accidents. As proof, luxury, premium and exotic rental cars for under 25 drivers are not available due to the high cost and high risk of being damaged. Connected car is the technology that can help!

This innovation is able to exchange information with other connected cars and road infrastructure, as well as receive data on other road customers or obstacles on its way.

The main goal is to improve safety, prevent accidents, and optimize routes. The idea of ​​a connected car is that cars should be connected to a wireless network and exchange information with each other about speed, direction of movement, traffic congestion, road work, etc. in order to help driver avoid a collision or change route if there’s a traffic jam ahead.

This is great news for those who want to travel more in a rental car in unfamiliar cities, but are not yet experienced enough and afraid of getting into an accident.

There are no technical obstacles to the introduction of such systems. Widespread use is hindered mainly by the lack of a single standard and the need to allocate radio frequency ranges for organizing a wireless data exchange network.

Another technology of the future that everyone has been talking about for a long time is environmentally friendly transport – electric and hydrogen-fueled cars that don’t create harmful emissions. Now there’s more and more information that electric vehicles are far from being as environmentally friendly as their manufacturers suggest. The main problem is that the production and utilization of electric vehicles creates an even greater burden on the environment than conventional vehicles.

In this regard, hydrogen cars are much more attractive, as they emit only pure water vapor. Their refueling time is much shorter than that of charging electric vehicles, and their autonomy is comparable to that of conventional cars. Today it’s difficult to imagine a car without infotainment systems. Yes, it’s very convenient when you are driving car rental somewhere in an unfamiliar area and your route is displayed on the central panel. However, what will we have in a few years? There’s already a clear trend towards an increase in the number of displays in the cabin. Further, the interior of the car will gradually turn into a kind of monitor that will capture an ever larger area of ​​the interior space.

As for the sound, in the nearest future the interior panels of the passenger compartment will themselves turn into sound emitters. A similar concept is being worked out, for example, by Sennheiser – a well-known audio company. 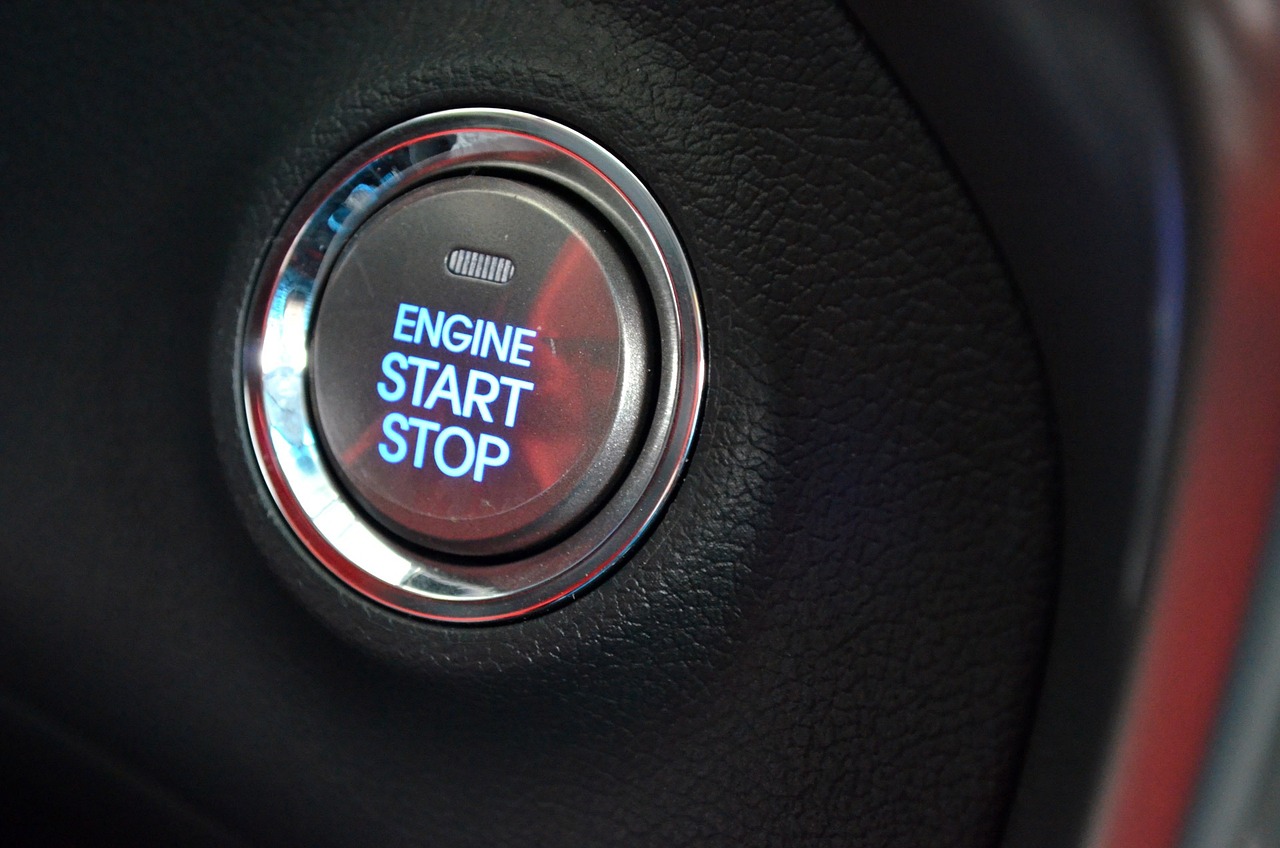 Would you like not to waste time while traveling by opening and closing your rental car with regular keys? The widespread use of identification systems will soon make keys and other key fobs completely unnecessary for entering the car and starting the engine.

Cars will learn to simply recognize the driver by face and voice, while the engine will be started after fingerprint recognition by the sensor built into the button. 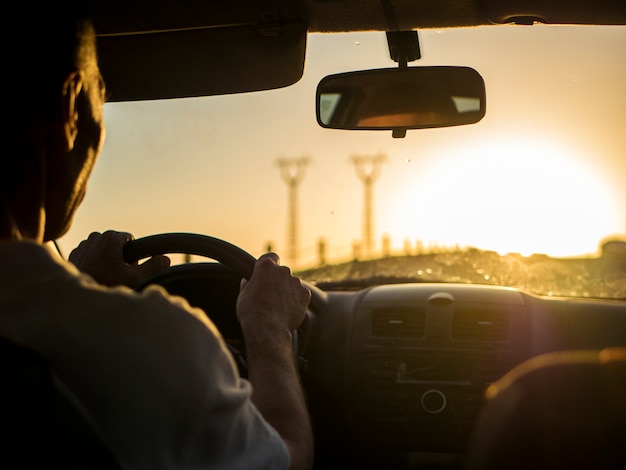 Nowadays, you won’t surprise anyone with the adaptive and active headlight systems that are installed on many production models.

These systems in real time form the light beam created by the main and auxiliary headlights, changing its range, width and direction, depending on the speed of the vehicle, the steepness of turns, the presence of oncoming and passing vehicles, pedestrians, etc. However, poor visibility of the road happens not only in the dark, but also on a bright day, when the sun literally blinds the driver.

The traditional solution is a sun visor, which limits the field of view and doesn’t always completely block out the sun’s rays. Modern technology makes it possible to make a visor or light protection strip at the top of the windshield with adaptive dimming. That is, the transparency decreases only in those areas of the visor through which the sunlight enters the driver’s face. This is a kind of analogue of adaptive light. Prototypes of such systems have already been developed and, probably, in the near future we will see them on real cars.

All You Need to Know About Windows Action Center

5G New Speed Record: You Can Download 30 Films In 1 Second!