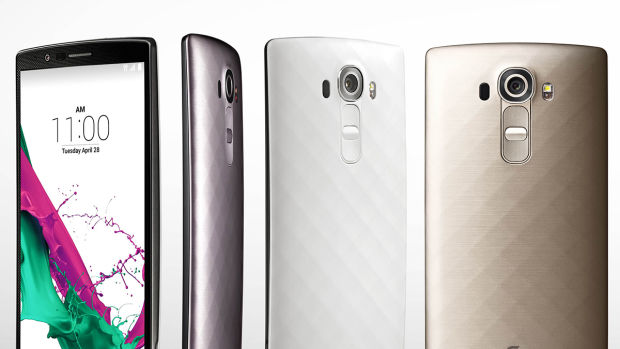 LG released its own flagship device of 2015, as LG G4 with spectacular features almost neck to neck with new S6 Edge. G4 comes with a bigger screen than the S6 edge, but the difference is in the viewing angles and brightness of the screen. G4 comes with IPS LCD screen, which is an HD screen with multi-touch capacity. It is the successor of LG G3 but comes with a few changes in specifications and in terms of software dependence. It is becoming the second popular device searched on the internet and completely took away the interest of the so many people. However, in terms of specifications it competes toughly with latest flagship, but coming to design little disappointment. However, the device has some good features packed up with it.

All the other manufacturers running after the slimmest designs by inbuilt battery and inbuilt memories, which will not support swap. However, LG keeps the same approach for their latest flagship it supports removable battery and memory extension slots. You can replace with new battery when this one becomes the drained out and a dead one. It supports Micro SD card extension to extend your device memory capacity; this is a huge advantage for LG devices when no other flagships support these.

Removable Back Case with So Many Options

Compared to the Samsungs new flagship, G4 has so many options to change the back case according your taste and mood. G4 primarily offers the plastic case and leather cases which new in their trials. This case looks promising with classic look and elegant grip. When you hold the device you feel the extra grip on the device, it will not attract the fingerprints on the back. The leather cases provide extra security with for the device when accidentally falls on the floor.

G4 offers us an extremely DSLR like experience with its new 16mp rear camera with f1.8 camera aperture, which is performing excellent in capturing the images in low light environment. In comparison, G4 stands top in these criteria with iPhone in low light image capturing. Coming to the OIS G4 is quick enough focus on the subject and provide high details of objects. In normal daylight, it gives the natural color, almost perfect and provides full details of objects with HD quality.

6 Gadgets You Must Have for Your Next Vacation

What is iOS jailbreaking? How you can jailbreak your device