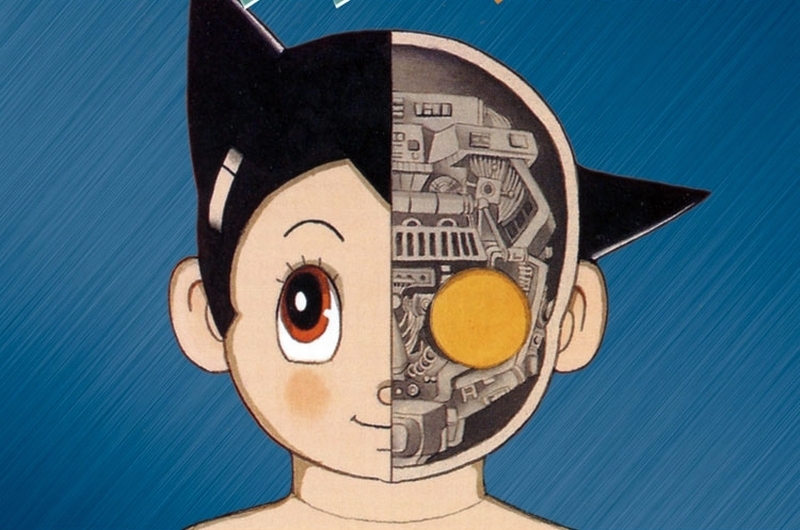 This is a book less about essays and more about presenting a comprehensive look at the history of one of Japan’s most influential creators and creation. Astroboy, or The Mighty Atom as he is known in his native Japan, as created by manga artist Osamu Tezuka was one of the chief reasons that Japanese manga changed the face of a nature and not only an entire industry but exported anime as well.

For anyone not in the know Astroboy was the first exported Japanese animation for television to the United States in the ’60s. Created by Tezuka, he was trying to create his solution to what happened after WWII with a robot in the form of a young boy who had abilities to not only help mankind but to fight for the rights of robots in an uncertain future. Although it may have started off as a manga for young boys the creation had a mind of its own becoming popular with audiences of all ages.

Schodt was a deep admirer and friend to Tezuka before he died and this book THE ASTROBOY ESSAYS is a fitting way in which to introduce Tezuka and his greatest creation to mass audiences. The book is told through the major influences that the character had in both animation and beyond from its earliest version in manga, which went through many different revisions before coming to the one people are currently familiar with.

Tezuka produced thousands of pages of manga in all different genres of which Astroboy is the one that connected with audiences the most. Tezuka even produced the first version of the animated series (although subsequent series would be out of his hands). Through this first animated series he created the way in which the Japanese would forever produce animated television series to be exported to other countries. Astroboy would also become Tezuka’s biggest marketing icon as it became an industry all its own.

Schodt describes all this and more in exquisite detail maintaining the focus of his novel on Tezuka and his creation in both the good and the bad. He especially highlights the fact that Astroboy became a creation of Tezuka’s that ran away from him and became something far beyond anything that he could have ever dreamed possible. Tezuka, as presented by Schodt, was a very dedicated man who worked as hard if not harder than everyone beneath him and thrived to bring to life engaging stories of all walks of life. Astroboy became not only a cultural icon but a symbol of Japan to the rest of the world (in the same way that Godzilla has). Schodt’s book hints at this but also hints that Tezuka had an even more profound effect then he may even know, which is for another book entirely.

How To Check For A Bad esn On A Cell Phone