Converged Infrastructure and The Changing BusinessPosted by EditorOn March 29, 2016 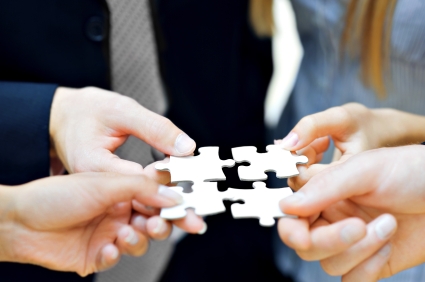 We all know that business is fast-changing, and in order to gain strategic and competitive advantage, organizations must adapt or get left behind. User demand is fueling changes in how technology is deployed within companies, and this is in addition to how customer requirements are acting as drivers for change and innovation. A major trend is the move from on-premises, traditional datacenters acting support of business systems and applications, and migrating them to Cloud. There is still a place for networking hardware and technology, however it is evolving and the application is changing in the business environment.

Traditional network infrastructure, servers, routers and storage, has typically been deployed in a manner which has restricted business agility. The ability to scale and de-scale on a timeline that meets customer and business requirements has been practically impossible. Yet, the business drivers have demanded companies move faster, do more, with less, but with higher standards and no deterioration of customer service and experience.
Technology evolution has brought a new breed of appliances and hardware introduced. Typically, new hardware offerings are simpler, with fewer components but which deliver greater functionality and features for users. As more and more functionality has been placed onto fewer and fewer appliances, convergence has accelerated as has the development of the unified platform.

Old-style storage typically consists of a racks of disks and a controller, taking up data center space, requiring heat dissipation and power hungry. In a converged model, most of the disparate appliances are done away with, and hardware is consolidated into a node-based platform which also delivers high levels of redundancy and resilience. Essentially, everything is piled into one box which then scales out more and more nodes as required, and does this very, very quickly.

As converged storage increases its presence in the market and datacenters, it is typical to see a hybrid arrangement where there is a mixture of both traditional and new technology. Migration is partial and creeping, with the deployment of converged storage devices as replacements to replacing expiring traditional storage.

This refers to the combining of computing capacity and storage via one box. Networking also has an impact here, however this is usually integrated via a hypervisor and there is no hardware as such. Converged architecture is often confused with Unified Architecture, however the latter covers a much broader spread of technologies and is not restricted to networking infrastructure alone.
Typically, these platforms are small but very dynamic and powerful with the ability to scale as required. They are also heavily reliant upon software, in particular products such as Veeam which allows for the breakage of the bond between hardware appliances and the software which runs systems and applications upon them. Virtualization allows businesses to be much more agile and responsive, hosting more applications on fewer boxes and delivering higher resiliency and disaster recovery benefits. More than this, they are cheaper to setup and maintain as there is much less hardware to worry about.

How AI is Becoming Part of Web Design and Development

The Steps To Be Followed For Installing WordPress