Could This Economic Recession Turn into Another Depression?Posted by EditorOn June 19, 2018 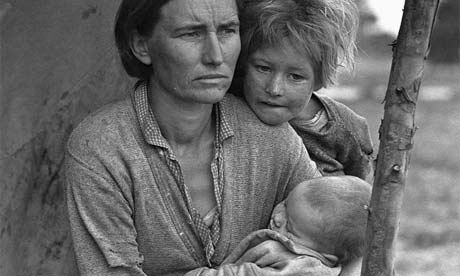 The statistics don’t lie. The clear message we are receiving from the economic data that comes out each and every week is that things are very bad in our country’s economy, and things are still getting worse. The light at the end of the tunnel is certainly not showing up in regards to the economy.

The housing bubble was the first sign we got that the economy was in trouble. The second sign was the credit markets and their freezing up. The third sign was the stock market and it’s horrific performance in the late summer and early fall of 2008. The fourth sign is that consumer’s confidence has plunged to levels never measured before in some surveys. The fifth, and most major of all these signs is the employment market and the terrible hit it has taken in the last few months. The fact that our economy lost 1.9 million jobs in the last four months of 2008 should not be taken lightly at all. When that many jobs are being lost, there is no way the American consumer will be willing or able to spend money to keep the economy growing.

If you turn on the television now you will just about every possible strategist or so called “market maven” guessing what the stock market and the economy will do next. The biggest problem with all these predictions is this, no one who is making these predictions has ever seen a market or an economy like the one we are in now. The predictions could very well be extremely wrong, because the plain and simple truth of the matter is no one really knows just how bad it will get.

Is it possible we could see another Great Depression? The question is asked constantly and you will get a multitude of different answers from different people, but the real answer is it depends on exactly what you mean. There will not be another Great Depression. The fact is that our economy is too different now to have things happen the way they happened before. However, and this is a very important fact, it is absolutely a possibility that could see another depression. Those who say a depression isn’t possible in the modern era clearly aren’t paying attention or are clueless. They are probably the same ones who said there was no way Bear Stearns would need to be bailed out. A depression is defined as four consecutive quarters of Gross Domestic Product losing 10% or more. While that is a huge amount and seems somewhat unlikely at this point, it will certainly happen again at some point. In fact, right now Intrade.com actually has the chance of a recession in 2009 at an astonishing 53%. Clearly there are some people out there with money who believe a depression in 2009 is going to happen.

The Role Of The Color In Web Design

Samsung Galaxy S9 Edge Will Come Up With Curved Display

The Diversified Power Of Social Media In Career Development