How To Fix Your MacBook For Common ProblemsPosted by Ajay KumarOn October 7, 2015 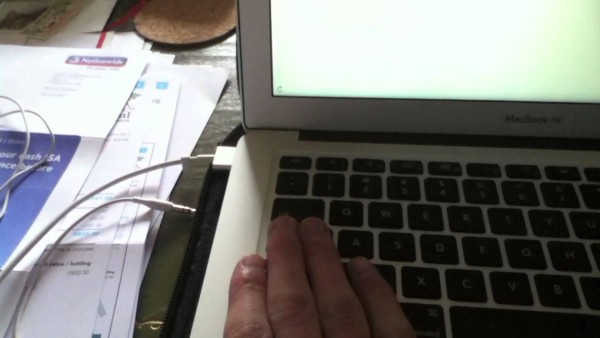 As a Mac user, there are chances that the user does not feel the problems that other computer users do. However, this does not mean that the MacBook does not have problems, there are times when MacBook users suffer from a common set of problems. But the problems are nothing when it comes to few quick fixes that can help the user fix their MacBooks and keep them healthy for a long time.

Before starting on the fix it, it is a wise idea to always keep your files backed up on your computer. This is not because the simple problems solutions will cause damage to your computer, rather because it is always a good idea to keep all your information backed up in your computer files.

One of the most famous and easy to do tricks when it comes to unresponsive computers is restarting it. This will usually get rid of any lingering problems or if the computer is slow to respond. It means that the program or software that is causing problems will be turned off and your MacBook will start behaving properly again. However, a forced shut down, by holding down the power key, should be the last resort. It will solve the problem, but at the same time it can also push an existing problem to further worsen, so it is advised as a last resort.

In today’s age, people tend to forget that the restart is basically a trouble shooting step. By simply closing the lid, the computer will be put to sleep, not restart. So consciously restarting it is a good idea as any.

Software problems are often solved by software that is incompatible with the other software in the computer. Though most Mac applications are in the App folder in the computer, there are some that place their files elsewhere. Furthermore, apps like Adobe Creative Suite and have full installers rather than software that can be installed from the App Store. By removing unused software will make sure that the potential incompatibilities are avoided, but also clear up much needed disk space.

The NVRAM Reset is a simple key combination that is performed at startup. This is a special part of the system that stores the hardware settings. Most commonly it stores the following:

To fix the problems with these above mentioned hardware systems, turning the computer off, then turning it on while holding down a key combination of Command+Option+P+R helps.

Usually this will solve the following issues:

Combination and other fix it works if the computer is up to date and in excellent condition. If the MacBook itself is either out dated or has not been treated properly, the issues rising will not be solved. Getting professional help is advised if the above mentioned solutions cannot fix the problems.

Victoria Scotts has been working closely with the MacBook and is considered a technology buff. For speedy and excellent services, she refers to this website. She is currently one of the leading authorities on MacBook repair and care.