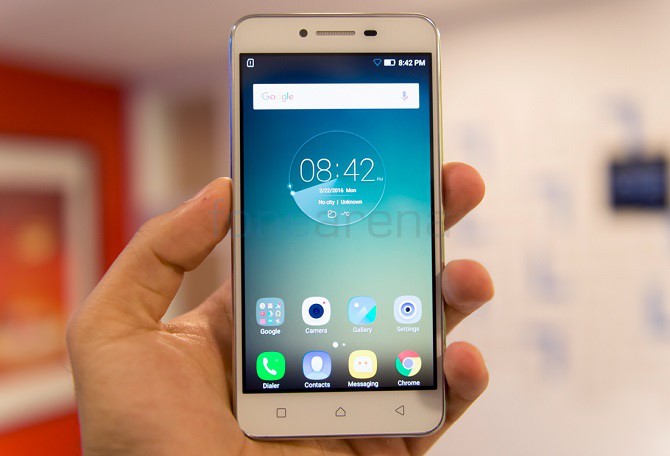 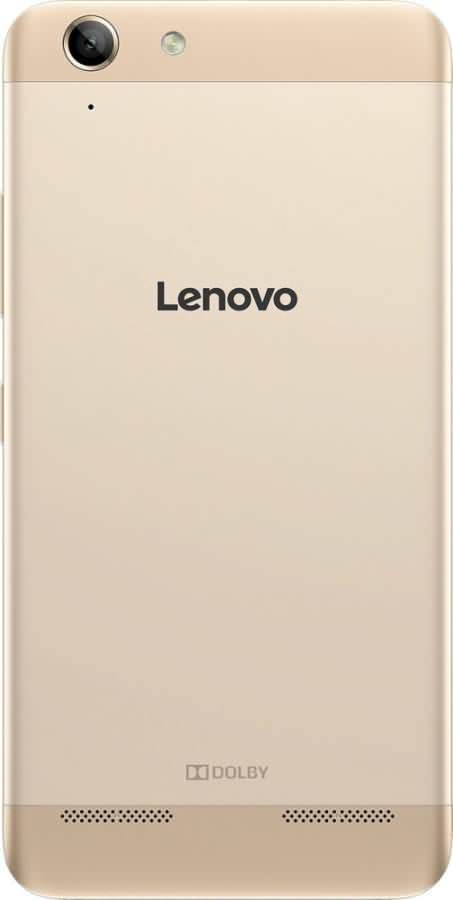 As there is nothing else to differentiate between the previous Vibe K5 Plus and the new updated model, let us take a look at what all the device has to offer.

Design & Display : The Lenovo Vibe K5 Plus wins’ great points for looking so good even being a low-cost budget smartphone model. The device is offered for sale in color choices of Gold, Silver and Grey. It is pretty sleek and smart looking making it comfortably operational in one hand. It has a really good built and looks like it is made of solid metal. However, it has a sturdy plastic frame on which a thing plate of metal has been used to increase its visual appeal and durability.

The rear sides of the phone and its sides are formed into one shell which can be easily taken off to expose the battery. On the whole it offers a pretty good premium feel which is appreciable at its price point. However, the new updated Lenovo Vibe K5 Plus 3GB RAM model’s metallic built seems to have improved.

The smartphone comes with a 5 inch Full HD 178-degree wide view display along with 441 ppi. The screen of the device is sharp, bright and vibrant and offers really good visuals which is also highly impressive at its low cost price tag.

Hardware & Software : The Lenovo Vibe K5 Plus comes powered by a great Qualcomm Snapdragon 616 chipset that ticks at 1.5 GHz, which is generally available in the mid-ranged phones. The updated model offers support to the processor with better 3 GB of RAM as against the previous model’s 2 GB of RAM, thus, expect faster and smoother performance in the new model.

The new Vibe K5 Plus also runs on the Android 5.1.1 Lollipop Operating System which is topped with the company’s UI.

Storage, Battery & Connectivity : The updated Lenovo Vibe K5 Plus 3GB RAM model also offers 16 GB of onboard storage space like its predecessor. It comes with the flexibility of expanding the storage capacity to up to 128 GB with the help of a microSD card. Thus, heavy file carriers and multimedia lovers don’t have to worry about storage either.

The Vibe K5 Plus draws its juice from a 2750 mAh removable battery that has the capability of offering good backup and sailing you through a whole day with moderate usage.

The Vibe K5 Plus is a dual SIM smartphone that supports 4G LTE connectivity on both the SIM cards. The device also offers all sorts of modern standard connectivity options including 3G, AGPS, Bluetooth 4.1, Wi-Fi b/g/n and USB-OTG.

Cameras & Add-ons : The new updated model of the Lenovo Vibe K5 Plus also comes with the same camera specs as that of the original model. The handset packs in a good 13 MP primary camera that is placed on its rear side. The primary camera offers good and well detailed pictures. The device is also capable of shooting videos at up to 1080p. The smartphone also gets a nice front facing secondary camera that features 5 MP sensor.

One of the greatest draw points of the Vibe K5 Plus is that the device offers support to get paired with Lenovo’s AntVR headset which offers immersive multimedia experience. The smartphone also offers Dolby audio enhancement, which further allows the users to get the advantage of great multimedia experience and superior entertainment. And all these come at an amazingly affordable price point.

Lenovo already had a great winner of a budget smartphone model in the form of the original Vibe K5 Plus with its great looks, impressive display powerful specs, good cameras and nice features along with superb performance. Now, the Chinese mobile maker has really upped the ante by updating the model within such a short span of time. The new updated Lenovo Vibe K5 Plus 3GB RAM model certainly offers added advantage with its added 1 GB of RAM which is simply superb at the model’s price point, especially when the smartphone’s price has not increased a bit.

The Lenovo Vibe K5 Plus 3GB RAM model fights with the likes of the costlier Honor 5X in terms of performance, and is a superior choice compared against the similarly priced smartphone models in the market such as the Karbonn Quattro L50 HD. In short, the new Lenovo Vibe K5 Plus with 3 GB of RAM is a great update which makes a very nice and worthy budget mobile even better with superb value for money prospect.

Join Divers Academy International and Be A Professional Diver

Things to Consider While Purchasing a New Gaming Computer Desk

Some Basics Tips of Commodity Trading in MCX