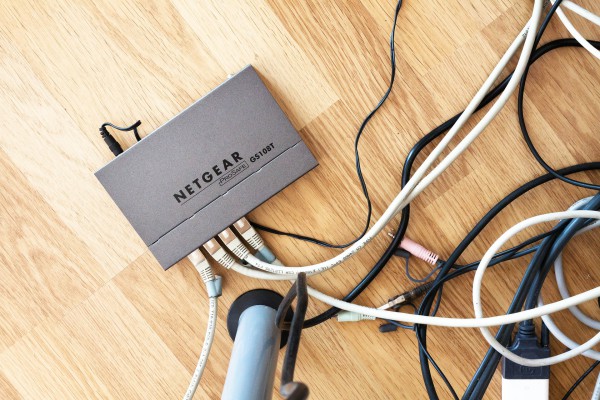 Companies in rural areas have long suffered from poor broadband connectivity. But a new decision to separate BT and Openreach could be a catalyst for change.

Since the internet came to widespread attention in the 1990s, it has progressed at a tremendous pace. Those of us over a certain age will remember torturously slow dial-up connections that monopolised the telephone line and took hours, if not days, to download a single movie.

However the introduction of broadband in the early 2000s revolutionised the network, providing users with much faster connection speeds without disrupting the telephone line. And since its introduction, broadband has gone from strength to strength, making life better for millions of businesses and their customers.

But not everyone is seeing the benefits. Despite the UK government’s proposal last year to introduce minimum broadband speed of 10mbps, many rural businesses still find themselves unable to access high-speed broadband, and the advantages it offers.

In a stark contrast to the high-speed broadband available in cities and towns, it’s estimated that more than 60% of firms operating in rural areas suffer from poor internet speeds or unreliable connectivity. Many have to put up with speeds of less than 2Mbps (compared to a national average of 54.2Mpbs), while others are unable to connect to the internet at all.

This poor service has a serious impact on rural SMEs, severely limiting their opportunities and in some cases even resulting in the closure of businesses. And it’s just not just individual businesses that are affected. A review by Ofcom estimated that poor services and connectivity issues cost the economy around £11bn a year.

There are a number of issues that affect the speed and reliability of broadband in more rural areas. One of the key ones is the continued use of old copper wire infrastructure. These wires slow down the connection as they move away from the telephone exchange, so the further away you live from the exchange, the slower your internet will be – and with many rural properties located at least several miles from their nearest exchange, it’s easy to see how problems can occur.

In recent years, BT has received £1.7bn of taxpayer subsidies to improve the infrastructure, and replace copper wires with fibre optic cables, which offer speeds up to 50 times faster than standard broadband.

However, a recent report by MPs claimed that the company had ‘repeatedly failed to deliver’ on its promises to roll out super-fast services, and MPs blamed this failure on a ‘natural monopoly’ by BT and Openreach – a subsidiary of the BT Group responsible for the cable and telecoms infrastructure for more than 30 million customers.

In a move that could hold hope for thousands of rural businesses, OFCOM last month announced that it will be legally separating Openreach from the BT Group. The aim of this decision is to offer more choice to consumers by opening up the network to competitors, and it is envisaged that this shake-up of the so-called monopoly will result in better broadband speeds for millions of customers across the UK.

Businesses in rural areas have cautiously welcomed the announcement but say that a new wave of investment is needed to ensure that companies get the connectivity they so desperately need.

Country Land & Business Association president Ross Murray said, “We have to start now delivering the types of connections that will make it seamlessly possible for anyone to run their home and business fully integrated to the rest of the world from the heart of the English and Welsh countryside.”

Stuart Macleod is the director of Networking 2000 IT Support in Romford, which provides contract-based IT support for businesses in Essex and London.

Using Samsung Unlock Code To Enjoy The Ease Of Communicating

Hospitals Get An Easy Win With VDI

3 Reasons Why You Should Switch To A Cloud Hosting Provider