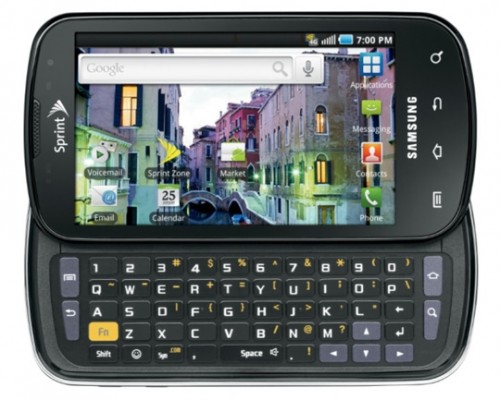 After the success of 3G and 2G standards for mobile phones and mobile communications, 4G is introduced in mobile phones to provide secure Internet Protocol based mobile broad band solutions.

Samsung is coming with many mobile phones, which includes all the new features that are in high demand by the public in order to compete with the market. One of it’s innovate new mobile phone is Samsung Epic 4G that was released on September, 2010. The outstanding feature of the phone is that it has a physical keyboard that is rated to be best and user friendly keyboard among other mobile phones with relatively same features but different mobile phones manufacturers. Because its keys are nicely spaced, this makes clicking the keys easier.

It weighs about 155 grams with 124 by 65 by 14 mm in dimensions. It has a super AMOLED capacitive touch screen that puts the touch sensor on the display itself, this AMOLED technology used by Samsung is highly appreciated by the people over the world, as it makes the animations appear lively on the screen and colors burst out of the display which is very eye-catching.

Samsung Epic 4G has internal memory of 512 MB RAM and 512 MB ROM. But its external memory can be extended up to 32 GB which is also a key feature of Samsung mobile phones. The phone runs Android Operating System version 2.1 upgradeable to version 2.2, with Samsung’s own Touch Wiz 3.0 User Interface. Samsung also has its own media aggregator as it combines many communities’ accounts in a single view.

The phone comes with 5 mega pixel primary camera with 2592 by 1944 mega pixels t the back and VGA camera at the front. Like other Samsung mobile phones the Samsung Epic 4G also has the LED flash light to enable shooting videos and capturing pictures in dark. And also the feature of smile and face detector is found in this handset along with the one key touch focusing characteristic. Epic has rated high for its video quality performance when compared with other mobile phones in bright light.

The Samsung Epic also has a good microphone as it detects the voice sounded far too loud as compared to other smart phones with relatively same features. The touch Wiz music player that is self built in the mobile phone is very touch friendly and easy in navigating. One of the best feature that adds up the market value of the Samsung Epic 4G is that it also supports more video codecs such as DivX, Xvid and H. 264 formats which many other mobile phones does not. Audio off the external speakers is also decent which makes this mobile phone more popular into music lover group.

The Samsung epic 4G is the second 4G support smart phone on Sprint. It enables to connect up to five Wi-Fi enabled devices through the hotspot. The call quality of the phone is also good, but at some areas users have heard a little static on the line.

Tablets are Becoming a Universal Language