So Is Windows 8 Really Better Than Windows 7?Posted by Gabriel MOn April 19, 2013 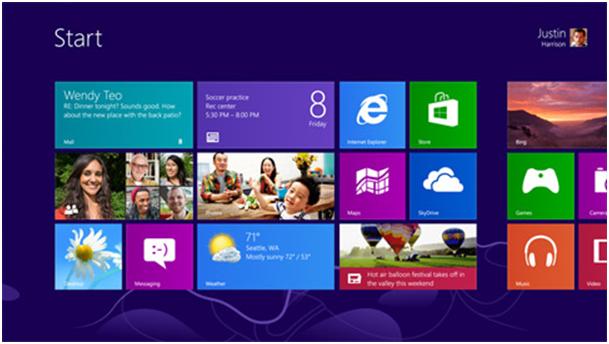 Despite the fact that Windows 8 has been released for some time, many PC users are still confused about whether it would be best for them to make the transition to the new operating system. As a result, the sales of the devices that come with this operating system were under the expectations. The following lines will discuss some advantages of Windows 8 over its predecessor, so that you can decide whether it would be best for you to switch to it or not.

The time required to boot up was improved significantly in the case of Windows 7 compared to its predecessors. This is partially due to the better resource allocation scheme. When it comes to running applications, Windows 8 is even faster when compared to Windows 7.

This is possible because Windows 8 uses a new technique for hibernating the system kernel (think of it as a resource manager of the operating system). This technique enables accessing the data of a previous session faster, whenever the system is restarted or put on sleep.

The Metro UI interface will be the first thing you see after logging in. At first, the intuitive user interface will give the impression that it was created for touchscreen devices such as tablets and smartphones. Even so, users generally admitted getting used to the new interface quite rapidly and some of them even prefer it to the old desktop.

However, the most interesting thing is that Windows 8 not only allow you to customize your desktop by organizing application categories but is also to show you real-time information from the web. Microsoft has demonstrated this feature by showing the time and temperature in a particular city, permanently on the desktop. This is also valid for emails and other features, which will undoubtedly improve the user experience.

Perhaps the most controversial feature of Windows 8 is the removal of the classic Start button. However, this does not mean there is no efficient method to find something on your computer. All you need to do is move your mouse to the right and a search bar will appear at the top of the screen. This search bar will give even better results than the similar function accessed with the start button in earlier versions.

Windows To Go allows users to make a copy of their operating system with the settings, wallpaper sites and even the folder structure, which they can put on a USB stick. By connecting this stick to another computer with Windows 8 installed, you can make the operating system look exactly like the one you are normally using at home. In this way, you will have your operating system wherever you go.

If you want to push the limits of your experience with your PC, you are lucky because the developers at Microsoft have invested most of their time in creating features for advanced users of their operating system. As such, Windows Explorer and Task Manager have been completely recreated to increase productivity, and were enriched with new flexible options. The new task manager allows users to immediately see which applications consume the most resources and the new graphics facilitate visualizing the real-time system efficiency.

Jack Bonner on Introducing a Business to the World

What Has Changed In Traditional Marketing Over The Past 50 Years?

The Smartest Way To Get Your Essays Done!