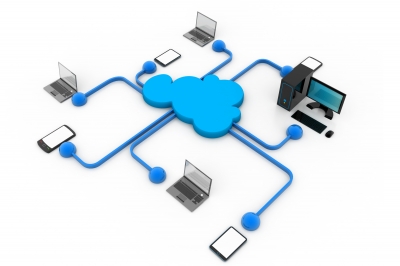 People don’t like waiting. You hear that all the time, and usually the speaker says our modern culture is the impetus for our lack of patience. What those people fail to realize, however, is that the sentiment of some new technology or culture shift destroying society’s ability to wait is a common refrain throughout history. Every advance that reduces travel time—steamships, trains and planes—is met with skepticism. How fast do people really need to travel? Nobody needs to be able to travel across the Atlantic Ocean in less than two months.

Technological advances don’t make people impatient; the existing lack of patience is what drives innovation. University researchers didn’t want to have to mail papers to one another anymore, so they created ARPANet, the precursor to the Internet.

The trend continues. People continue to want faster access to data, and they want to be able to network with people across the world instantly. That desire is prompting greater adoption of flash storage from large corporations, especially ones that offer digital services to the public, such as LinkedIn.

LinkedIn uses solid state storage in every portion of its network, from internal VMs and data storage to user data and Web servers. The company wants every user to have near-instant response times to every section of the site, so only the fastest storage will do. Likewise, internal employees don’t want to sit around waiting for a file to open or a server to spit out a report.

Flash seems like a much more expensive option than hard disk, but when you couple it with specialized dedupe, compression and thin provisioning, you get a streamlined solid state array with data reduction from 5 to 1 up to 10 to 1, putting the cost per logical gigabyte on par with hard disk.

Beyond large tech businesses, many other organizations make use of flash storage for everyday needs. Riverview Hospital, a healthcare network with over 1,200 employees, switched to flash storage for its electronic health records and virtual desktop infrastructure, allowing it to double its SQL IOPS while reducing latency from the original speed of 2 to 8ms to half a millisecond. Now the hospital’s employees can access patient records quickly and easily from any device at any of the hospital’s 20 facilities.

Any business can benefit from flash storage, but large organizations or companies with a virtual desktop infrastructure will be the ones to benefit the most. Any area where quick access trumps raw storage capacity is ripe for a flash storage solution.

Our world is more connected than ever, complementing our natural tendency toward impatience. Every time new technology comes out, it seems like the Best Thing Ever. In 1946, ENIAC was praised for performing 385 multiplication operations a second but would be outpaced by my phone today. The shine wears off quickly, though, as we adapt to the formerly new technology and begin using it as a baseline.

Our brains are wired to adapt and improve, so it’s no surprise that we’d continue expecting thinner devices, higher-resolution displays and faster storage. Flash is the latest commercial tech in the cycle, so it hasn’t attained the vast adoption hard drives still have, especially in enterprise IT. With just a little more time, however, it will outpace its predecessor and nestle into the ultimate position of storage power, becoming the standard by which all other storage technology is judged. Then we’ll start craving more, and a younger technology will oust flash, extending the cycle.