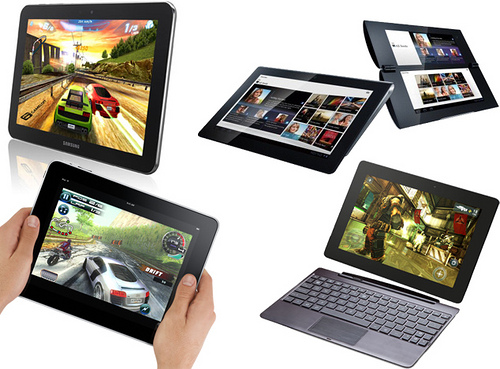 It’s incredible to think that, when the iPad launched in April 2010, many people couldn’t see the point of tablets, arguing that laptops without a keyboard would be next to useless and that smartphones offered all the same benefits while being truly portable. Others pointed out that tablets had been tried and had failed, and that this product launch would just be another flash-in-the-pan gimmick – perhaps even Apple’s greatest strategic misstep. Two and a half years later and one thing is clear: tablets are here to stay. NPD research shows that worldwide sales reached 72.7 million in 2011, and data compiled by Strategy Analytics indicates that 24.7 million tablets were shipped worldwide in the third quarter of 2012.

While this growth is still primarily being driven by sales in developed regions (Canalys research has North American consumption accounting for approximately half of all tablet sales in the first quarter of 2012), its spread into emerging economies is expected to be vital in the long-term. Sales are already rising exponentially in Asia-Pacific, with the same sources revealing sales increased by 232 percent between Q4 2011 and Q1 2012. Despite this increase, numbers of sales reached just over five million, indicating a significant level of untapped potential remains in this market.

Notably, in developing countries, tablets are also being sold to PC-illiterate consumers. Tablets have become an easy and cost effective way to achieve overarching technological goals, such as increasing a country’s Internet penetration and driving economic growth. For these markets, versatility is key, as well as a strong business focus – priorities that are evident in BlackBerry PlayBook reviews that praise the popular tablet’s comprehensive and robust mobile office suite. Other tablets popular in Asia include the iPad, the Samsung Galaxy Note, and the Google Nexus.

A key area expected to drive future tablet sales globally is education, with teachers enthusing about tablets’ potential to reach disenfranchised schoolchildren and governments promoting their use to demonstrate they’re investing in the nation’s future. In Thailand, for example, providing a tablet for every child was one of the notable pledges in Yingluck Shinawatra’s election manifesto, and the use of the Aakash tablet in India’s schools is predicted to help end the digital divide in that country.

Two years on from the tablet’s rebirth, then, it’s clear that they represent much more than a transient fad; while developed markets will soon reach saturation point, sales in advanced economies remain strong. New uses for the versatile machine are being found daily, worldwide.  Looking forward, it is emerging economies, now, that will benefit the most from increased tablet usage; breaking down boundaries and pushing innovation forward, these devices are gradually becoming a universal language for all.

Reasons To Look For A Student Job

Encouraging Time For The NRIs With Real Estate Bangalore