5 Things You Need to Do NOW to Protect Your Child From CyberbulliesPosted by Admin34On May 1, 2013 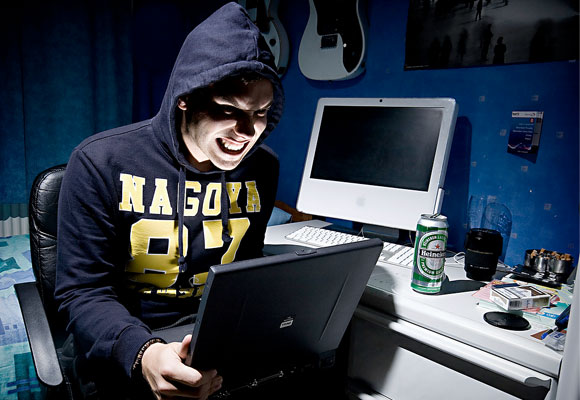 In the past, bullying was limited to the classroom or the playground. Kids have always called each other names or have tried to embarrass each other, or even used physical force to get things (usually money) from each other. While this kind of behavior has never been encouraged, such antics were often dismissed as “kids being kids.”

But with the advent of the Internet — specifically, social media and smartphones that allow anyone to share anything with a wide audience at any time — bullying has taken a meaner and more serious tone. No longer are children limited to a short recess or a few minutes between classes to bombard their victims with nasty taunts, but now they can send harassing texts and post embarrassing pictures and statements on social media. Basically, they can make each other’s lives miserable 24/7.

According to a January 2013 poll, nearly 60 percent of kids report being the victim of some form of cyberbullying. A third of all teens have received threats via email, text or social media. However, the majority of kids never tell anyone about the bullying, meaning when things turn dire, parents, teachers and friends are blindsided by the revelations.

Law enforcement and child development experts alike contend parents are the best defense children have against cyberbullies. As the problem grows, they recommend parents do the following to keep their children safe from bullying.

Educate Your Child About Cyberbullying and How to Respond

The first step to protecting your child is to talk about cyberbullying and what it means. Let your child know you’re aware of the problem and that he can come to you for help if he thinks he is being bullied. Show them examples of cyberbullying and discuss why the messages are wrong. While you want to protect your child from becoming a victim, you also want to ensure your child does not become a bully, so tell them why the behavior is wrong.

Cyberbullying occurs most often when children have unlimited, unrestricted access to Internet-connected devices. A child who retreats to his bedroom and gets online behind closed doors is more likely to become a victim (or a bully) than the child who can only get online for an hour or two a day on a family computer. To protect your kids, set rules about when and where they can use the Internet, and what activities and sites are acceptable. If the rules are broken, enforce consequences.

Your child might roll his eyes when you send him a friend request on Facebook, but tell him if he wants to use the social network, accepting the request is non-negotiable. Keeping an eye on social media interactions, as well as emails and text messages, lets you see what’s happening and intervene when necessary. Children are also less likely to send inappropriate or threatening messages when they know an adult is watching.

Get Help and Report Problems

You don’t have to complete a master’s program in Criminal Justice to know someone has gone too far. In some cases, a simple phone call to the bully’s parents can take care of the problem. In other cases, professional intervention is necessary. If your child is threatened, don’t hesitate to contact law enforcement for advice or help. Working with your child’s school can also reduce bullying incidents; your child’s teacher can help spot problems that lead to cyberbullying and take steps to prevent it.

Following your child on social media can help you monitor their activities, but kids are tech-savvy and know how to hide or block their parents from certain posts or activities. Unless you have their password and can check up on them, you might miss signs of bullying. Consider using a reputation-monitoring service that regularly searches the Internet for mentions of someone’s name, so you can see what’s happening behind the scenes.

With the tragic stories of children being hurt — or hurting themselves — as a result of bullying, it might be tempting to forbid your children from using the Internet at all; yet that’s unrealistic in today’s connected world. Instead, teaching your child to identify and report bullies, and staying on top of their online communications, will go a long way toward keeping them happy, healthy and safe.

About the Author: Law enforcement officer Isabelle Hughes works as a member of her community’s task force on bullying. She writes about bullying and other issues affecting young people for her local newspaper.

Understanding Batteries and their Mechanism

Advantages Of Using Project Management Software For The Project

What A Best Web Design Firm Needs To Have?