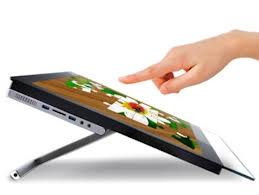 Friday morning J.T. Wang, CEO of Acer, held a press conference in New York to reveal several new touch-based products. Included in these products were the Acer R7, the Acer P3 Ultrabook as well as a pair of tablets; the Acer Iconia A1 and B1. Wang held this conference to discuss the company’s move to touch based products.

The Acer R7 is a 15.6 inch HD touch screen notebook and was designed with the consumer in mind. The new design features a hinge that allows you to reposition the display, making it conducive for all users. The design allows you to decide how you prefer to use the device. Its functionality gives you the option to switch between touchscreen-mode and conventional typing easily.

President of Acer Europe, Oliver Ahrens stated that, “With the Aspire R7, Acer has redesigned the notebook with an approach that’s based on how people interact with their PCs and devices.” The R7 will be available at Best Buy on May 17th, but is currently available for preorder. 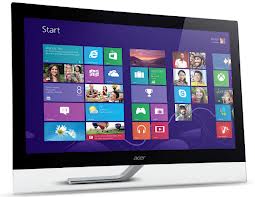 With the Acer P3 we are introduced to the first convertible notebook, with the keyboard built into its cover; the claim seems fitting. Acer has included i5 processors and Intel i3 in the P3. Acer has said that the battery will run up to 6 hours. For me, these types of claims are irrelevant as “up to” can mean anywhere between 2 and 6 hours. The reality of a battery life has a lot to do with what you are using the device for. But this is one of the draws to Acer’s new device and for some it will be a selling point.

The end of the new arrivals that will soon be launching are a pair of 7-inch tablets, the Acer Iconia A1 and B1. The A1 was specifically designed to be used with one hand. Acer may have missed the mark when it comes to wowing us with its physical appeal. It is apparent that the product was designed with the iPad mini as its role model, but Acer was unsuccessful at outdoing Apple if flash is what you are looking for.

The Iconia B1 is a smaller, less expensive model that features a front facing camera that produces lower quality photo and video, but it definitely serves its purpose. In order to keep cost low, Acer did not customize the software in this product, so it actually runs on Android’s 4.1 OS.

With all of these products hitting the market at the same time, it appears Acer is gearing up to take a run at some of the bigger players in the tablet game, such as Apple and Samsung. I’m not sure that any of these are enough to make me dump my iPad, but at a much better price point I can see the appeal to consumers. I mean, starting at around $300, it’s easy to see the appeal. You pick up the tablet, check out a Clear wireless internet review or two, set up mobile internet and you’re browsing from anywhere within moments. All for far less than the entry level full-sized (not the mini) iPad (including the mobile internet service).

My only concern with these products is that Acer was slow entering the tablet market, and that might make it incredibly difficult to grab any real marketshare. They already have a brand that isn’t as “sexy” as Apple or Samsung, and now they have to deal with the fact that they were late to the party. Only time will tell if this spells doom, or if this new consumer-friendly tablet with a great price point really takes off.

Best Travel Apps For The iPhone