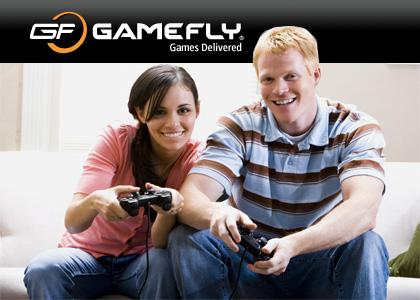 What exactly is GameFly? Think of it as a Netflix service for video games, where subscribers pay a monthly fee and, in return, rent games for an unlimited amount of time, with no late fees, through the mail. The California company that launched in 2002 has its headquarters in Los Angeles, but shortly after opening they expanded so that they had shipping hubs in different regions to expedite shipping of the catalog of more than 5,000 games. For anyone not currently subscribed, GameFly can be something of a mystery. Here are a few answers to common questions to help explain.

How Does GameFly Work?

Once you create a GameFly account you can browse through the current and upcoming releases and add games to your queue. You can sort by order of importance, so whatever is at the top of your list is the next game you’ll be sent. GameFly has five shipping centers, so most game rentals arrive within two business days.

Once you receive the game, it’s yours to play for as long as you’d like. After you’re done with the game, mail it back and they’ll send the next one in your queue. You should take into account your playing habits when deciding on your monthly plan and make sure that you’re getting your money’s worth. For instance, if you’re paying to get two games per month, but you find yourself spending an entire month playing just one game, you’d be better off dropping to the one game per month plan. Since most of the big-name games can take 40 to 60 hours to complete, avoiding the late fees that come with more traditional game rentals is a big benefit.

What Systems Does GameFly Cover?

GameFly offers games for the PS2, PS3, PS4, and PS Vita, as well as the Nintendo DS, Nintendo 3DS, XBOX 360, Wii, and WiiU. PC gamers can get over 100 instant downloads directly on their PC, too, with GameFly’s Unlimited PC Play option.

Who Pays the Postage?

Your GameFly rental comes in a postage-paid paper envelope that, once opened, contains prepaid postage for the return trip. When you’re done with the game, simply place it in the envelope, seal it up, and pop it in the mailbox. Your membership fee covers all postage.

If you come across a game that is so good you want to keep it, you can inform GameFly that you want to purchase the game and they will sell it to you at a discounted pre-played rate. In addition, GameFly also has a library of new games you can purchase directly without having to rent them first.

What Does it Cost?

Membership fees range from $15.95 a month for one game at a time to $22.95 a month for two games out at a time. There are promotional offers that include free trials and huge savings for the first month of membership. Given that most new game titles are around $60 each, getting the chance to play them for less than half that amount is very attractive.

Are There Any Drawbacks?

Like any service, there are some things to consider. First, if you’re the type of gamer that takes more than a couple of weeks to compete a game, GameFly may end up being expensive. It’s designed for the gamer who plays a game through in a few days or a week and is ready to move on to the next big thing.

Second, the waiting list for new releases can get incredibly long. It could be months before that new release is in your hands. By that time, some games are already hitting “used” shelves or digital download gaming services at the same price as a monthly GameFly membership.

In the end, GameFly can be a boon to hardcore gamers who want access to the biggest titles but don’t want to buy them.

Reasons To Use Antivirus

How Does Technology for Glassless Mirrors Work?