An Introduction To Virtual Data RoomsPosted by EditorOn August 22, 2015 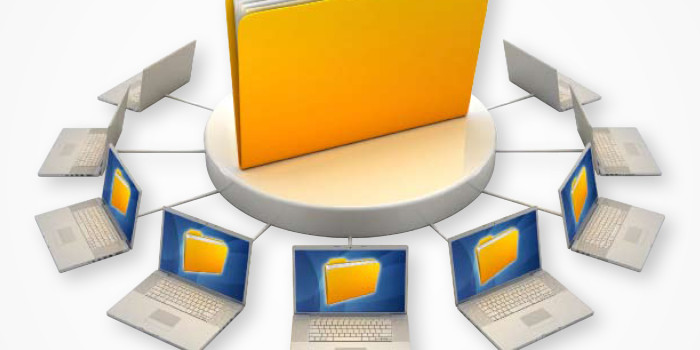 Once upon a time virtual data rooms could be found almost exclusively in the world of corporate finance; set up to accommodate mergers and acquisitions and the vast amounts of data exchanged between stakeholders in the run up to a deal. Today, however, their uses are far reaching and organisations across the world are making use of these versatile and secure central repositories.

But what are virtual data rooms? And why are so many firms beginning to utilise them?

Think of a virtual data room as a corporate sized Dropbox account, with added security and collaboration features. They are business scaled file sharing accounts that allow firms to upload, manage and version vast quantities of data. The best, like Projectfusion, offer countless features and security layers including auditing tools, fully integrated safety and security measures and round-the-clock support for their users.

The early adopters of these file sharing repositories were corporate finance firms who had been using physical data rooms for decades. The M&A process requires a central data repository to be set up for the storage and exchange of documents detailing information about the counterparties involved.

In the physical data rooms, confidential documents were kept under strict lock and key as information leakage could cause an entire deal to fall through. In the same fashion, virtual data rooms have to be absolutely secure, permitting access exclusively to those with the necessary permissions. If a counterparty withdraws from a bidor deal, they must no longer be able to access any of the confidential documents and so access must be quick and simple to withdraw. There are usually stringent confidentiality agreements signed by all parties using the room.

The benefits of a virtual room over a physical room are numerous. Controlling access, versioning documents, printing and viewing files are all made incredibly straight forward. The need for staff to physically guard, extract or replace the documents is removed and, as a result, the room can be accessed around the clock. This is ideal for the stakeholders in a deal, as well as the regulators, who can easily keep track of a documents history as well as being able to request to see details of a deal at any time.

Until the turn of the Millennium these rooms were almost solely used by corporates engaged in corporate finance deals, and little was known about them outside the banking sector. That all changed in the early 2000s with the advent of cloud computing in the corporate sphere.

As organisations began to latch onto this idea of processing and storing data in third party data centres the use of virtual data rooms began to spread. At a similar time, many companies began moving away from traditional capital expenditure (CAPEX) models, whereby an investment is made in a dedicated piece of hardware which then depreciates over time, to an operational expenditure (OPEX) model, in which they pay a subscription fee for continuing use of a third party’s hardware.

The benefits are far reaching for many organisations, particularly small to medium sized enterprises. There is no need for expensive investment in hardware, no need to worry about upkeep or maintenance and no need to pay for a site to host a data centre. Moreover, security and access is all controlled by the third party reducing the time and cost required for data processing and storage. In some organisations, the room can virtually remove the requirement of an IT department as solutions come packaged off the shelf, ready to go.

Intellectual Property management is one vital usage of virtual rooms. For many firms, IP is the most valuable and sensitive data it holds and, as a result, it must be incredibly diligent over who it is shared with. Firms looking to sell will also use virtual data rooms in order to disclose the necessary information about its accounts and operations with potential buyers. Quite often the rooms are simply used as repositories for multi-national corporates who need to share files across the globe in a safe and secure manner.

And what does the future hold for these virtual rooms?

The past decade has seen data rooms appear from almost obscurity to an absolute necessity for many organisations. The future will see even greater emphasis placed on security and due diligence, as well as a wider variety of auditing and accounting functionality. Within a decade there will be very few organisations that do not somehow utilise their services.