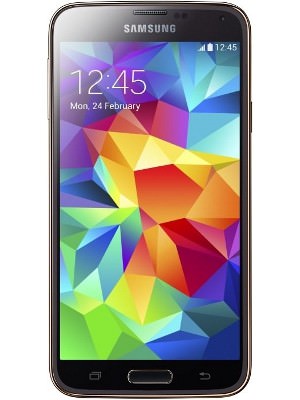 In the Indian market, leading smartphonemanufacturer Samsung has been performing really well with some powerful and feature-packed devices. The company recently launched selfie-focused Galaxy J5 and J7 smartphones, and now, has moved one step ahead by adding a new member into the premiumGalaxy A series, Galaxy A8.Following the massive success of Galaxy A7, the new Galaxy A8 looks like a perfect fit take on leading mid-range players. It packs a nice set of features, and flaunts an alluring look with a Super AMOLED display and metal frame on the sides.

From the front, Galaxy A8 looks completely identical to company’s flagship Galaxy S6.But, the entire combination of pricing and specs packed with this phone takes it straight against Samsung’s last year flagship, Galaxy S5. Although, Galaxy S5 isn’t a masterpiece in terms of design, but when it comes to display and hardware specs, it goes completely head to head with the new Galaxy A8. To know more about both of these devices, check out our detailed comparison featured below!

In terms of design, there is absolutely no comparison between Galaxy A8 and Galaxy S5. On one hand, Samsung’s recent flagship features the same old-school design with plastic build, while on the other, the new member of Galaxy A serieslooks more premium with an all metal design concept.Even after featuring a bigger screen, Galaxy A8 looks extremely compact and alluring from all angles. It’s one of the most beautiful and well-crafted smartphones in the mid-range segment, but loses against Galaxy S5 due to lack water and dust resistant capabilities.

In terms of display, Galaxy S5 and A8 go head to head with their beautiful full-HD Super AMOLED displays. Both devices feature a brilliant viewing experience, but Galaxy A8 sports a bigger 5.7-inch screen compared to the 5.1-inch display of Galaxy S5. Whether you’re watching a full-HD video or playing a high-end game, the visual capabilities of these devices will not disappoint you under any circumstances. Due to small screen size, Galaxy S5 features a higher pixel density, but the color rendering and contrasts on both devices will stay right on the mark to explore true multimedia experience.

Not only display, Galaxy A8 and S5 also pack top-grade hardware to deliver extremely smooth and glitch free performance. Both devices feature powerful processors, and promise best-in class performance while performing multiple tasks or switching frequently between apps.The new Galaxy A8 has been powered by an octa-core Snapdragon 615 processor, coupled with 2GB RAM and Adreno 405GPU, while the old Galaxy S5 has been powered by the high-end Snapdragon 801 chip clocked 2.5GHz, coupled with 2GB RAM and Adreno 330GPU. The hardware configuration of both devices is really good, but Galaxy S5 with a faster processor looks slightly better than Galaxy A8.

On the software front, both galaxy devices run the latest iteration of Android with company’s own TouchWiz interface. On one hand, Galaxy S5 runs Android 4.4.2 KitKat out-of-the box, and offers upgradability to Android 5.0 Lollipop, while on the other, Galaxy A8 runs the latest Android 5.1 Lollipop straight out-of-the box.Both devices come with the clean and generic TouchWiz interface, and deliver decent performance while performing multiple tasks or running a demanding game.

In terms of camera capabilities, Galaxy A8 looks slightly better than the powerful Galaxy S5. The new Samsung device features a 16-megapixel rear and 5-megapixel front-facing shooter, and serves much better than Galaxy S5 which ships with a combination of 16-megapixel rear and 2-megapixel front-facing snapper.On paper, the rear camera of both devices is almost similar, but when it comes to selfies, Galaxy S5 falls apart with a lower pixel count. It can definitely give you decent selfie, but in front of Galaxy A8, it’s not an ideal choice to consider! 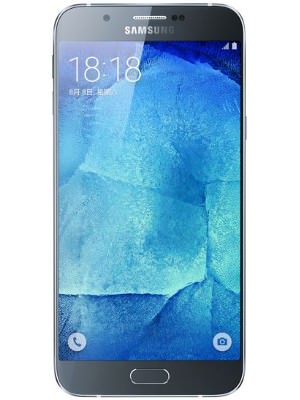 When it comes to storage, Samsung Galaxy A8 and Galaxy S5 go head to head by offering sufficient room for app and media files.Both devices come in two storage variants with 16GB and 32GB of memory, and offer further expandability by up to 128 gigs via external microSD card. In Galaxy A8, the second sim card slot is a hybrid one, and can also be used as a memory card slot for expansion of inbuilt memory.

In terms of power efficiency, there is not much difference between Galaxy S5 and Galaxy A8. On one hand, Galaxy S5 powers up by a long-lasting battery of 2800mAh, while on the other, the new Galaxy A8 serves slightly better with a bigger battery of 3050mAh.Both of these devices promise to hold sufficient amount of charge throughout the day but,Galaxy A8 might just give a bit more with its bigger battery support.

In the Indian market, Galaxy S5 is currently rolling at an enticing price tag of Rs.22,999, while the new Galaxy A8 has been recently launched at a slightly higher price tag around Rs. 32000. Considering the specs, Galaxy A8 looks slightly expensive, but just like other Galaxy smartphones, it will probably get a price drop just within a month or two.

Considering the entire package, Samsung Galaxy S5 looks slightly better than the new Galaxy A8.The build quality of this device isn’t much impressive, but it’s faster processor and decent pricingcertainly plays a big part in makingit worthy enough to take on leading players in the mid-range segment. Galaxy A8, on the other hand, is surely one of the best crafted smartphone, but its higher price value is a major downfall for Samsung lovers. Anyways, slight price discounts can certainly make things right for Samsung!

Keep Your Workforce Connected With These Tips

How to Debug Blue Screen of Death Errors