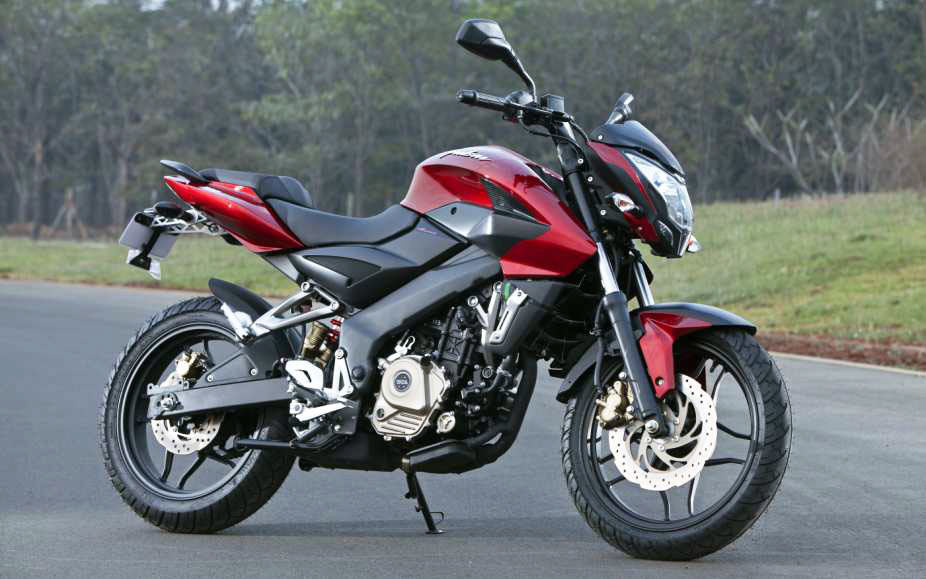 The Pulsar 200 has really pushed the envelope. The CV 1000R inspired head lights look stunning and the new perimeter steel frame which is a first on all the Pulsar bikes gives the P 200 a very stunning street fighter look. There is no doubt that this is the best looking Pulsar with quite a lot new features that Bajaj has introduced with this bike. The gas powered shock absorber not only looks good but also makes the tail look slender. The sleeker tail also highlights the new bigger 130/70 rear wheel. The wheel would have looked better without the tyre hugger; not only does it look ugly, it also increases the chances of water splashing on the back of the rider.

The big muscular fuel tank adds to the overall appeal of the bike. The digital console has also gone through a change for the good and is much better with switches that look good. The reserve knob, though sticks out like a sore thumb.

There is also the new triple spark technology which Bajaj has incorporated to get the most of it. The fueling is spot on. The only downside if any as far as the engine performance is concerned, are the vibrations on the bike. The kick in between 4000 to 6000 rpm, really make their presence felt above 9000 rpm. Otherwise the engine is really smooth and when compared to the bikes in the older generations the vibrations are negligible.

The 280 mm front and the 230 mm rear disk work beautifully and put you in the drivers’ seat literally. But what distinguishes this bike from all its predecessors is the handling. The new perimeter frame ensures that you stay well planted all the way.

For more information on new bikes & cars Log on to http://bikeportal.in/ & http://autoportal.com/

Professional Digital Marketing Agency In Dallas, At Your Service!