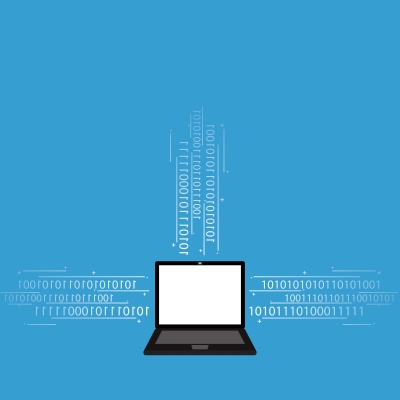 With cloud computing being adopted by more and more industries as a way to store and access information, 2014 is being predicted as the year of the cloud. The consequences of this new innovation have the potential to change the gentle acceptance of cloud computing taking place now into a shockwave that will affect the IT landscape as well as business computing for years to come.

Google — with its Chromebook, Android OS and Google Play store (where thousands of apps are free) — has already committed to personal cloud computing. All its hardware entries are cloud-centric and none use the typical hard drive configuration. Microsoft and Apple are also gearing up for the cloud revolution, with Windows 8 and Apple OS X (Mountain Lion) having woven the cloud into the next generation of desktop and laptop computers.

The only factor throttling back the cloud revolution is that large enterprise software corporations aren’t keeping abreast of new devices specifically designed to take advantage of the cloud. Despite this slow advancement, five trends are in play that will likely accelerate in 2014.

The Consumerization of Technology

Now that many consumers have grown up with computers, the early mystery of personal computers is gone. As society becomes knowledgeable about technology, the expectations have changed dramatically. The Internet and social media have made users of everyone, and many of those people have gone on to become innovators. Powerful and less costly mobile devices have led to a huge user base and will continue to do so in emerging markets, bringing about a democratization of how computers are used.

Additionally, the cloud has leveled the playing field for personal computing. According to a special report from Gartner, in 2014 the PC will be replaced by the personal cloud as the center of users’ digital lives. Some other trends are also pushing hard in this direction:

Consumers want to have full computing ability from wherever they are. Convenience and flexibility are paramount, and cloud computing is the best way to give them what they want.

Although applications are dependent on the hardware they run on, apps can run on many different operating systems.

Users can now scale and access a nearly infinite number of resources to do whatever they want whenever they want. Cloud-based data storage, for example, will enable employees can collaborate and update information immediately so that everyone’s always on the same page.

Virtualization is the path for moving legacy applications and processes into the next generation of computing.

Many enterprises are aware that the cloud infrastructure has the potential to be the next generation of computing hardware. History drives this belief; all major shifts in the computing industry are due to new developments in computer hardware. Everything from mainframes and workstations to personal computers and servers has made the shift to Internet-capable devices, and the cloud is the next logical step.

The cloud advantages of scalability, lower hardware expenses and easier access to data aren’t going away. They’ll get more attractive as more vendors put their programs in the cloud. However, to prevent the multiplicity of same data storage now faced when dealing with big data, application programming interface (API) development has to be richer so that integration is easy and compatible everywhere.

2014 is the beginning of the next wave of modernizing IT. The intervals between major changes in IT are coming closer than ever, so pay attention to the predictions because change will certainly continue.

10 Best Social Apps For Your iPhone

How To Save More Energy During The Heating Season