Facebook is going to acquire WhatsApp for Mobile ChatPosted by Site EditorOn December 5, 2012 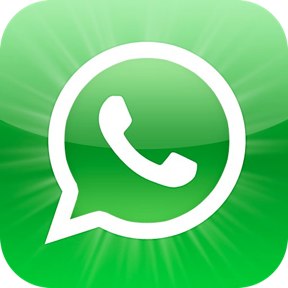 There is no doubt about the fact that if Facebook buy WhatsApp, it will be quite beneficial for them. WhatsApp came into market in the year 2009 and within a very short time they have become one of the most popular applications. As per the statistics is concern, 100 million users in the whole world using this app to send messages more than 1 Billion. Multiple mobile users of different platforms like Windows Phone, Symbian, BlackBerry, Android, Apple iOS use WhatsApp and it has made it worthier for a social networking site like Facebook.

WhatsApp is not a free app. Well, on the contrary Facebook is a free social networking site. Therefore, it is still not exactly clear that what Facebook is going to do with WhatsApp actually. However, one thing is quite sure, that Facebook and WhatsApp are going to tie a not, as this deal will be valuable for both and the business of both will be enriched with this deal. Another such service called Gifts has been launched by Facebook which diversifies the model of business of Facebook. However, that service has become quite popular among the users.

However, this is true that now a day a lot of people do Facebook from the mobile devices. Therefore an application like WhatsApp can be extremely handy for them. On the other hand WhatsApp is gradually improving their business. For them, it can be extremely worthy to be linked with a popular Social networking site like Facebook. It is true that the business process of these two organizations is not same. That is why they could not still decide how they will be united and what kind of terms and conditions will be between them.

WhatsApp has faced a glitch in recent time which was showing error: unknown as the status of contacts. The report says that it had affected numerous users of WhatsApp all over the world. It was a bug and the bug was again followed with a hoax message. Because of this problem a lot of people were compelled to delete their accounts from this application. As a result of this, WhatsApp also suffered a bit. However, now everything is fine for them.

In such a scenario the blend of Facebook and WhatsApp can be quite interesting for the users of both.

Watch Your Favourite Content with these Free Movie Streaming Sites

Emails – What are POP and IMAP?