How To Get The Best Price For Your Used SmartphonePosted by Misty JhonesOn December 12, 2015 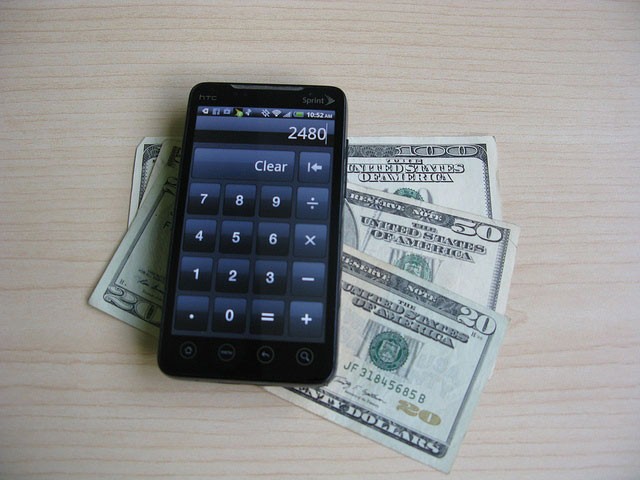 Over the past decade, we have seen mobile technology change from the heavy, expensive and comparatively inconvenient phones of the 1990s to more compact devices that are capable of not only the basic functions of talking and text messaging on-the-go but also combines many other aspects of our daily lives such as cameras, clocks, torches, maps etc. to become an indispensable part of our lives.

Today, we are aware of a multitude of reputed brands worldwide that manufacture and sell smartphones. These brands are at constant competition with each other and are thus bringing newer and more attractive technologies into the market almost every day so as to appeal to the customers. Thus, it is but natural that consumers tend to get tempted into buying new phones every few months. They are able to afford new phones by selling their old ones, which are still in good working condition, at appropriate prices.

However, many claim that they are still unaware of exactly how to determine the right price to sell your old smartphone. A few simple tips can help smartphone enthusiasts everywhere by guiding them towards the appropriate profits on their old phones.

Currently, the highest demand is for iOS and Android based touchscreen phones. The quality of the camera and the number of applications downloaded also help raise the value of the phone. However, QWERTY keypads and other, slightly older smartphones might not fetch one a good price in the market.

Popular brands such as Samsung, Nokia and Apple have a high resale value everywhere in the country. However, if you are looking to sell an Indian brand smartphone such as Micromax or Lava, you should consider doing so in a Tier II or Tier III city where the demand for the same is much higher than the cosmopolitan cities. Some dealers in large cities refuse point-blank to buy phones of the local brands, although they may consider it depending upon the features of the phone. Even so, a relatively new phone of these brands will not fetch more than one fifth of the original price that you bought it at.

Amongst iOS and Android based phones, again only the most popular high-end brands and models have a good resale value. For example, a Samsung Galaxy SII or an iPhone 4S might sell at a decent price but one will not make much on an HTC or Sony Ericsson.

Nokia is no longer the market leader in mobile phones. The devices are Symbian based and are not preferred in terms of user friendliness. This also holds true for their latest Windows based phones. The phones sell at 30% of the current market price and only the slightly popular Nokia N8 will get you a decent price. The same goes for Blackberry phones, which are hard to resell and only the Blackberry 8520 can fetch you a decent amount.

Another highly important factor is how new and undamaged the smartphone looks. If your phone looks used or is visibly scratched the market rate for it immediately plummets.

Old smartphones can be resold through various reliable mediums. Some of these involve a reseller, while some involve direct contact between you and the buyer.

Online Portals: Online portals such as Quikr, OLX etc. cater to create a platform where sellers can meet buyers in a streamlined fashion. The process is simple: one has to post a picture of the device and fill in the required details. However, small problems may arise, such as whether or not one will find a buyer, the location of the buyer etc. However, many have found these portals to be quite efficient.

Social Media: Many people have found social media websites such as Facebook and Twitter to be efficient mediums in this respect. They simply post the details and their intent on their page and ask their friends to share it. Interested buyers can get in touch with them via phone, email or the social media platform itself. This again has similar drawbacks as online portals.

Local Retailers: The most efficient and guaranteed medium of selling ones phone is by simply walking to the nearest retailer, whether it be a company store, an organised retail chain or a local retailer. This makes sense because your device will be the retailer’s property and you will get your money’s worth on the spot, after bargaining with the retailer. The first two options will most likely give you an exchange offer and not cash and a much lower price than a local retailer.

While bargaining with the retailer, a few tips can make the difference between getting a higher resale value. First of all, the phone should be in a good working and aesthetic condition, with all your data erased. It is even worth having it serviced once before reselling it. Carrying the original documents of the phone along with an ID proof will make sure that the buyer does not doubt the authenticity of it as many stolen phones are also available in the market. Also, try and carry the original box as well as accessories. It will not hurt to add a couple of accessories such as an SD card to increase resale value. Lastly, keep yourself informed about your device as well as the market by going to various retailers to get an idea.
Selling a phone is an everyday business for many people today. But keeping yourself aware you can ensure selling your phone at a much higher price than you would have expected.

Layers and Billings Of Cloud Services