Feature Phones: The Nearly Forgotten Workhorses of the Cellular WorldPosted by Admin34On May 21, 2012 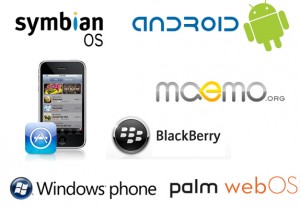 Smartphones, like the iPhone, the Blackberry and the various phones of the Android platform, have become incredibly popular, with recent statistics showing smartphone user stats beating feature phone user stats in the U.S. today. Many users praise the abilities of their phone, listing it as one of the top reasons that they own a smartphone at all. The assumption, however, that only smartphones can go on the Internet and perform helpful actions beyond phone calls is actually not true: The feature phones being made today are actually quite powerful and capable and you may not need a smartphone to get the features you want. Keep reading to learn some amazing things that you never suspected a feature phone could do!

Browsing the Web — No Smartphone Required

Today’s feature phones are able to browse the Internet in many cases. For example, the Nokia 112 and 110 both allow for Web surfing through the Nokia Browser. This browser uses a cloud-based compression technique, which allows for users to be on the Internet without using up huge chunks of data in the process. Feature phones like these will allow you to visit nearly any site needed, and these phones offer a pretty hefty price reduction as compared to smartphones: the Nokia 112 and 110 will be released in the second quarter of 2012 and are expected to cost around $50.

An app called Jigsee, created by Ray Newal, allows for live streaming to feature phones. This is a feature that, until recently, non-smartphone users could only dream about since developers found it extremely challenging to program for a group of phones with widely varying screen sizes, screen resolution and Internet access speeds. The Jigsee app is a big advance for feature phone because it allows viewers to watch many of their favorite television shows right from their feature phone, a truly impressive feat for a phone that doesn’t fall into the smartphone category. One of the reasons so many features like this are coming to phones is through the release and use of dedicated development platforms for feature phones, letting those with the knowledge, skill and will create advanced features for phones that fall short of the smartphone moniker.

Social networking via sites like Twitter takes place primarily from cell phones today: According to CNN, 54 percent of Twitter users visit the site from their mobile phones. What might be even more surprising is that not all of those users have a smartphone. The mobile Twitter site was released for use by those people who are using feature phones to access the web, and it is very successful. A feature phone user will have full access to Twitter and its features when they’re on the go, just as an iPhone or Blackberry user does.

The feature phones have been increasing in popularity for all the reasons above, as well as for their attractive price points. Most smartphone users will purchase a long-term cellular contract in order to get their phone for any kind of reasonable cost, while a feature phone user will often be able to purchase their new phone outright for under $100 — no contract required!

The Little Phones That Could

How The Mobile Commercial Locksmith Helps The People