Former Education Secretary Is Heading For ChancellorPosted by RekhaOn August 2, 2013 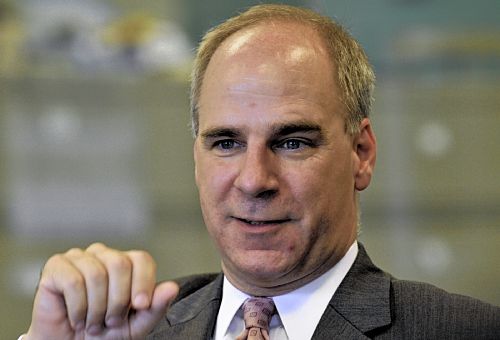 Ron Tomalis, ex-state Education Secretary is going to be the chancellor of the Pennsylvania System of Higher Education. The former secretary of Gov. Tom Corbett performed as the advisory, who even did not have any specific duty hours and even allocated to work from home. However, he was paid a sum of $139,931 as salary.

In order to acquire the position, Tomalis would need to defeat the two other finalists in the process of secret chancellor search set up by PSSHE board. In case, he would win the process that has started from January this year, he would draw a salary that would almost double of his present one. Moreover, he would have to lead nearly 12,150 employees of 14 state owned universities that even include some renowned name like East Stroudsburg and Kutztown.

However, it is interesting that Tomalis refused to deliver any comments especially through the Department of Education, which was directed by him until May as being replaced by Corbett who allowed him to execute his duties as special advisor.

This incident has raised some controversy as different sources revealed that Tomalis is using the internal power to make him a voting member of PASSHE’s 20-member board. Some faculty union of the university and lawmakers thought that he is perhaps using the political influence to get the post.

In an interview, the spokesperson of the Association of Pennsylvania State College & university Faculty opined that if the former secretary would become the Chancellor, the incident would hint about the political interest. Lauren Gutshell also added that there might be a possible clash of interest in the matter.

The 31-year old state agency, PASSHE used to follow a particular policy of liberating the names of finalists in chancellor searches that have changed this year. This would lead the incident in controversy.

Executive director of Common Cause Barry Kauffman opined that if the information that Tomalis had influenced the entire incident by setting the requirements or steering the job searches, then he would obviously do a heinous crime and ignoring the Ethics Act. However, he opined that the result of the vote is not enough to conclude that he is manipulating the process.

Executive director of the state Ethics Commission, Robert P. Caruso expressed that even though the incident that Tomalis influence the process proves true, still then there is nothing controversy and wrong in that as Tomalis left the job before hiring a new chancellor.

Various people including ex Auditor General Jack Wagner also criticized the revolving door policy that permitted the employees to become board members and the board members to execute their duties in universities. However, Eugene DePasquale, present Auditor General claimed that the revolving-door policies are legitimate. However, he believed that the secrecy rule followed by PASSHE to select the chancellor is illogical. He then added that even though Tomalis is qualified for the job, still being a chancellor from a secretary could not be justified.

Kenn Marshall, the spokesperson of PASSHE denied making any comment on this controversy. He informed that in a meeting, which would probably schedule on the next week, the names of the finalists would reveal and allow the votes to select the person of their preference.

What Types Of SEO Services Do SEO Companies Offer?