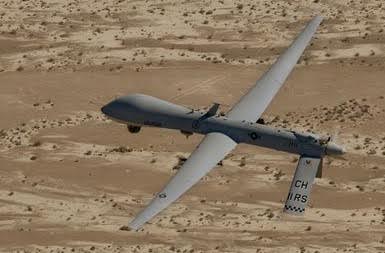 Drones are the emerging technology, which have already been implemented in some cases as a Beta Testing. The results though, are not as expected as we speak now. Drone technology can be implemented in various fields and the complexity of the technologies used varies depending on the field in which the drone is being tested or implemented. As we see in some Sci-Fi movies, you might have seen Drones with missiles which can be completely controlled by a human within a predefined range. On the other hand, Amazon planned its package delivery via Drone to its customer to reduce the man-power and also reduce the time taken to deliver the ordered goods to its customers, promising a 30 minute window to deliver goods.

Should We Consider Drone Technology a Myth?

There are number of scientists working to develop the Drone technology, both on the defense area and also on the public sector. However, few among those scientists have gone too far, as a result of which there’s this new tool which could take down Drones, named Drone Defender. Drone Defender can take down Drones from the ground, several miles away, without even firing a single bullet. Great advancement in the modern technology, isn’t it cool? I bet it is.

Can Drone Technology Change The Future? Is It For Good?

However, few believe that the Drone technology might change the world we see today. A lot of man-power is required just to deliver goods from one place to another, also a lot of time & fuel consumption, all these can be put to an end with the Drones. But, the true potential of a Drone can be understood only after testing it for a long time. The idea foreseen seems to be very realistic, but there’s also a darker side of implementing the Drone technology to deliver goods. Many workers might lose their jobs and also the rest needs to adapt using this new modern Hi-Tech technology, which is not very easy.

Considering the potential of Drone & with the positive attitude, if we can adapt to the Drone technology, the future can surely be different. If you ask me, “How”, I cannot exactly answer your question. But, this was the case always, an ambiguous situation, whether to adapt for the change or be the same, in case of technological advancements. Our predecessors took a step and here we are today, with all the comforts in life, which seemed almost impossible & irrelevant then.

Considering its potential, Drone technology can surely change the future. But for the good or bad, we will only get to know then. Everything has its good & bad. So, I cannot simply rationalize my views.

What do you think about Drone technology? Would you like to see it in the coming future or do you strongly disapprove of it? Tell us what you think. We’d be more than grateful to know your views.

How to Extend Your Laptop Battery Life