Hate Your Job? Want a Great One? An Online Degree May Be the AnswerPosted by Admin34On September 7, 2013 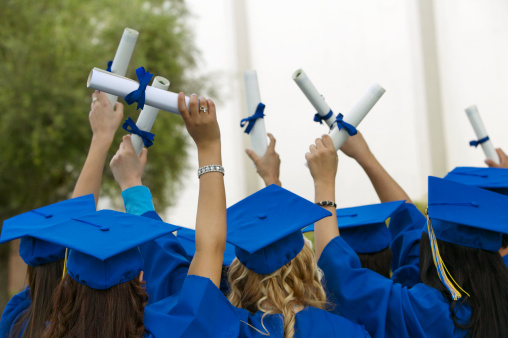 When people think of a great job, they often think of one that pays well. While that’s understandable, a lot of money isn’t as important as many people initially assume. According to the Wall Street Journal, $75,000 is the perfect salary for happiness. The study this WSJ article was built around found that $75,000 is the salary that creates the ideal balance between both day-to-day contentment and people’s overall life assessment of themselves.

Since the financial aspect of a job can be covered by an amount that doesn’t even reach the six-figure range, why are so many people still unhappy with their work? In order to answer that question, it’s important to understand exactly what makes a job great. And since we want to answer the question, we’re going to cover the key aspects of a great job right now:

What do human resources professionals, accountants and customer service representatives all have in common? Although they may sound like very different jobs, the trait that links them all together is they give people a chance to help out others. As a result, they develop a sense of community not only with other employees, but also with the customers they serve on a daily basis. While there are plenty of benefits to jobs that give individuals an opportunity to work remotely, three’s still a lot to be said for having personal interactions on a regular basis.

A job isn’t the only thing that most people have in their lives. Even though your job probably takes up eight or more hours of every weekday, that doesn’t mean you don’t have other issues on your mind and schedule. For most, family is a very important priority. You also have personal matters you need to attend to in order to keep your home life running smoothly. Since these are the types of things that may occasionally create a conflict with a traditional job schedule, being able to work in a job that allows you to schedule around them is very appealing.

With the exception of someone who runs their own company, regardless of how much an individual likes their current position, most people don’t want to think that they’re going to be in the exact same job forever. Instead, they want to know that they’ll eventually have an opportunity to advance to a new position. But in order for that to happen, they need to be in a company or line of work where that’s a realistic outcome. A job that emphasizes advancement is almost always going to be more appealing than one that doesn’t.

While it may sound like nothing more than a cliche, variety really is the spice of life. And that fact is just as true for careers as it is for personal lives. Although there’s value in doing the same things on a regular basis because it can help you become an expert, the best jobs strike a balance between specialization and providing enough variety to keep people’s brains fresh.

What Can You Do If Your Current Job Isn’t Great?

Although it’s interesting to know what makes a job great, if you feel that your current job doesn’t meet that criteria at all, you probably feel just as uninspired about your work as you did when you began reading this post. However, that doesn’t mean you have to continue feeling that way. If you don’t believe your job is great, it’s time for you to make a change.

That’s probably not the first time you’ve heard that advice. And there are probably at least a handful of valid reasons why you’ve been hesitant to make a change. That being said, there’s no reason to continue being miserable for the next one to five decades. The most important thing is to identify what you want to do, and then map out how you’re going to get there.

It’s also worth noting that you don’t need to have everything figured out to make a change. For example, if you’ve decided you want to get into a specific business role but aren’t 100% sure of the field yet, you can get the ball rolling by obtaining the 24 to 36 credits required to obtain a MBA degree online. Then over the course of getting your degree, you’ll be able to figure out exactly what you want to do. It may be worth looking into online finance degree programs that can end up saving you time and money! So once you have the qualification you need, you’ll be ready to dive into a job you can honestly say you love!

Luis Wilson is a longtime freelance writer. After getting his start in newspapers, he made the transition to the digital world about seven years ago. His claim to fame is he holds a small but legitimate Guinness World Record.

Make yourself familiar with the Smartphone ECG