How Different Types Of Organisations Can Benefit from A Video Production CompanyPosted by EditorOn November 10, 2016 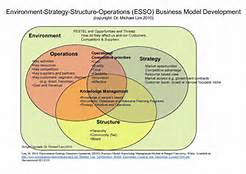 Organisations of all types are now turning to film as their primary communication tool. This is because it is an extremely engaging and memorable media format, which can be much more effective than text or image communication. Discover how different types of organisations can benefit from utilising film.

It is a challenge for all organisations to communicate with their target audience. This communication will be key to their success, as this is how you advertise and increase brand awareness. The internet has made it easier than ever to communicate thanks to social media, but it can also be difficult to stand out from the crowd with every organisation using the platform. The best way to get noticed is to use a form of media that is particularly engaging. This is film, which is much more memorable and engaging than text and image. This is how film can be utilised by various organisations to succeed and stay ahead of the competition.

Large businesses need to maintain a positive reputation and show why a consumer should use them instead of the competition. They can use film to explain their corporate values, show the manufacturing process, advertise their latest product/service and even train their new employees. They can also have a show reel off their projects to appeal to potential clients/customers.

As a large corporation, it is likely that they have an enormous audience base. Therefore, all forms of communication will need to be of the highest standard and created by a professional video production company. A high-quality film is much more memorable than text and image messages, plus you can also create a narrative to keep the viewer’s attention.

Small sole traders have the unenviable task of launching their brand and trying to compete with bigger brands. This can be particularly challenging when you have a small audience base and are not communicating effectively. These businesses can benefit from films that announce their brand, what they are about, and why the consumer should choose them. Animation is a particularly valuable tool for this.

When the film is of a high standard, it will get noticed and soon your brand will develop a positive reputation. In order for this to happen, it is crucial that the business uploads the film to highly visible spaces online. This includes their website, social media channels, YouTube and it should also be distributed via email.

It is not just businesses that can benefit from film. Charities and non-profit organisations can use film to raise awareness surrounding important issues, as well as fundraising videos. Charities can struggle to grab and retain the interest of the public, but moving image will allow them to construct an emotive narrative that encourages the viewer to connect with the film and take on its message. Films that contain images of people and a narrator are highly recommended for charity films.

These are just three organisation types that can benefit from film, but there are many others who can use the format to get noticed and communicate their desired message effectively.

Your Guide To Filmmaking Accessories To Produce A Quality Video

In the Heart of Puerto Rico: 8 Greatest Sights in San Juan While Volunteering