Jailbreaking Could Be Bad For Your iPhone’s HealthPosted by EditorOn June 22, 2014 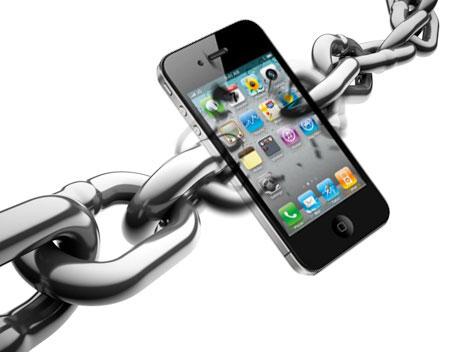 Jailbreaking is a tricky subject made trickier by Apple’s tight control of the iPhone platform. Though modifying the device’s software is a simple process that can allow you access to apps that take fuller advantage of the phone’s feature set, the potential troubles — software update issues, bugs, and malicious attacks among them are worth some thought.

Though it isn’t illegal to jailbreak your device in the U.S., Apple’s policies specifically forbid modifying the phone’s software or hardware. If you have an issue with your iPhone during or after your jailbreak, the company likely won’t help, leaving you with a support base that largely consists of forums and other online resources. The rule applies even if your issue is unrelated to the jailbreak, too. In short, if you mod the phone, you potentially lose a major resource.

Another Apple policy voiding the warranty of jailbroken devices is of particular concern if your iPhone is still covered under the company’s one-year warranty or a longer agreement like AppleCare. Like the support policy, it doesn’t matter whether the issue is specifically related to the jailbreak or not. Some users have been able to roll their software back to the factory standard in these situations, but it’s not something to bank on if you do have trouble.

No company can claim that every program they sell is 100 percent bug-free at launch, but dealing directly with Apple and developers who work through the App Store offers at least some assurance that any issues will be resolved. Unapproved apps can be downloaded through any number of outlets with a jailbreak, but their creators are under no obligation to Apple or their customers to fix problems that arise. With the warranty/support concerns, it’s something to consider.

Jailbreaking means giving progams root access to your phone, which gives unofficial apps the ability to access data and features App Store apps can’t. This can become a security nightmare. In 2009, for instance, many Netherlanders with jailbroken iPhones fell victim to a worm that gave hackers remote control of their phones. Your chances of falling victim to malicious code get much higher any time you run software not approved by your OS’s maker.

Software updates are generally a huge headache for those with jailbroken iPhones. Since jailbreak developers have to tweak the process for every software update released, running an update as usual will remove your modification. If you’re less lucky, it could also brick your phone. If you’re the kind of Apple fan that wants all the new features now, definitely avoid jailbreaking. Fixes often come quickly when new updates are released, but not always.

For more information on how to unlock your iPhone please visit Unlock iPhone Affiliate Program.

How to Use the System Configuration Tool

Tips About How To Search Jobs Of Work At Home